Along with changing its image and brand, the International Association of Industrial Accidents Boards and Commissions (aka IAIABC as part of its brand identity realignment) is publishing a new magazine that it says should challenge perspectives on workers' compensation.

This new focus of IAIABC is timely, and in my opinion, necessary.

An article in this first issue by Berkeley researcher, Frank Neuhauser, does this by asking: perhaps workers' compensation isn't needed for everyone all the time.

The reason - it's not work that hurts people, it's life...

Neuhauser, of the Survey Research Center at University of California, Berkeley, has directed social insurance studies, including on work comp, for as long as I can remember. His article, as you might guess, is filled with data, statistics, and numbers. 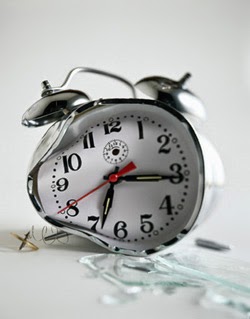 The nature of work has certainly changed over the 100 years that workers' compensation has been around. And so have various different social protections. At the early stages of the Industrial Revolution work comp was the only injury/illness/death protection system available; now we have health insurance, disability insurance, government programs and other systems that didn't come into being until the last 40 or 50 years - and they have become bigger and more omnipresent.

When work comp came into being the work being done was heavy, manual and industrial with an unacceptable injury/death rate: in 1914 the work place death rate was 61 per 100,000 workers. Now it is 3.3, a 500% difference.

But, even though American adults spend a quarter of their lives at work, they are 10.3 times as likely to have a fatal injury outside the work environment.

For non-fatal injuries, the risk of an emergency department visit was 5.8 times higher for non-occupational risks versus at work.

And while the injury incidence rate ("frequency" in insurance speak) for work has steadily been declining for the past 30 years, non-occupational rates of injury have actually inflated.

"The numbers in the paper suggest that if work were as risky as non-work, injury rates and costs in the US would be about 26% higher for the adult population," says Neuhauser. "Put another way, work has the effect of reducing injuries and related costs to the adult population by 20%."

An interesting perspective indeed and likely one that return-to-work proponents will jump on: it's safer to be at work so everyone should work all the time!

What Neurhauser observes is that there is a very small fraction of occupations that are actually responsible for the vast majority of work injury/illness; disproportionately so.

"What is immediately clear is that more than 2/3rds of workers are in very low risk occupations with a risk of injury or illness substantially below average for all workers," writes Neuhauser. "In addition, given that work has 1/6th to 1/10th the risk of non-work settings, on average, virtually all workers are in jobs where the injury risk is less, on average, than that faced in nonoccupational settings."

So the argument fostered by Neuhauser is, why is this vast population of virtually no-risk workers required to be covered by workers' compensation? Why not provide medical care to ALL workers, and implement a disability supplement system supported by wage deductions (like California's state disability system) to take care of this majority? The high risk minority can be covered by a supplemental "workers' compensation" package for which a premium would be paid by the employer (for engaging in this hazardous work).

Neuhauser suggests that workers would be much better off; research shows that the cost of workers' compensation is partially offset by lower wages. In addition, this kind of program would eliminate a great source of friction, i.e. the silos of work comp versus general health or other benefits.

"Workers’ compensation is the relic of the early industrial age and does not fit the vast majority of the 21st century workplace," Neuhauser concludes. "In the early 20th century, work was often very dangerous. Today, the work environment protects the vast majority of workers from injury and illness risk. When workers’ compensation was adopted, health insurance was virtually unknown. Today, employers are the primary payers of health insurance for workers, through employment-based group policies or subsidy payments to exchanges under the Affordable Care Act. As wage protection, workers' compensation does little to protect workers from the economic consequences of disability because so few disabilities are work related."

IAIABC, and other groups, have started dialogues across the country about the relevancy of work comp in the twenty first century. Courts are challenging its constitutionality. Business increasingly finds work comp an expensive, unnecessary adjunct. The employed population is getting louder about the inadequacy of traditional work injury protection.

Maybe it is time to rethink this social bargain.
Posted by Unknown at 4:19 AM

Email ThisBlogThis!Share to TwitterShare to FacebookShare to Pinterest
Labels: safety