Dallas, Texas, is where a large diverse group of workers' compensation interests have gathered to start a national conversation about what work comp should look like and act like in this new economy.

Whether work comp is even relevant any longer is on the table too.

The issues are voluminous, the opinions diverse; solutions amorphous. 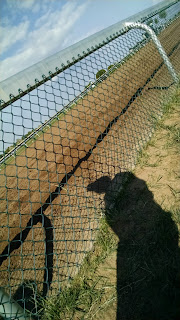 Yesterday I opined that ultimately the state of workers' compensation will return to entropy - the natural order is chaos; we can corral competing interests for some period of time before elements escape that order and operate outside the mean.

That would explain why the bigger jurisdictions seem to "reform" workers' compensation on a rather regular cycle.

I also reviewed the theory that more of decision-making is based on irrational thought, rather than logic.

This explains perfectly why workers' compensation is the way it is. Work comp is a pure political animal. Politics is all about emotion, not so much about logic.

But that order is clouded in political machinations that appear to be more about personal vendettas than the will of the public.

Bevin, a Republican who took office in December, called into question several actions taken by his Democratic predecessor, Steve Beshear, during a speech on April 19, targeting the Department of Workers' Compensation Claims. Bevin noted “two major potential irregularities within the workers’ compensation branch,” pointing to settlements for volunteer firefighters and requisition of defense attorney services.

The Workers’ Compensation Nominating Commission is the third state board that Bevin has overhauled or purged of members appointed by Beshear, according to a report by the Courier Journal.

That administrative law judges require political appointment in the first place is not a rational personnel management process; that any aspect of a public service is held against unrelated political maneuvers is the entropic consequence.

The Kentucky story is just one example in an endless supply of political emotion overriding logical decision-making. It is a demonstration of how outliers get created.

And when we really get down to it, workers' compensation itself operates outside the mean. The vast majority of people do not get hurt or ill at work. So, work comp itself is an outlier.

I wonder then, whether discussing what to do with work comp, or how to make it more effective, or any other discussion relative to such a minor subset of existence, really even matters; because what we're talking about is restoring order to a very minor subset of the greater social order.

But as we see in the theory of entropy, chaos spreads, eventually infecting all of order - and when all order is dislodged then we have anarchy.

The origins of work comp are rooted in anarchy. Work comp was intended to bring order to the chaos that can occur to business, to labor, to society, when people get hurt performing labor that results in financial ruin for the worker, the business and perhaps the community.

So, I've answered my own question. What we're doing in Dallas, what others are doing in other discussions around the country (and world frankly), is necessary. The containment of anarchy starts with the minor subsets/outliers because entropy is infectious.

Work comp, or some system of work injury protection, is necessary for the economy and greater good. Very few will have to avail themselves of "the system" but it must be available when needed.

And it must be effective and responsive.