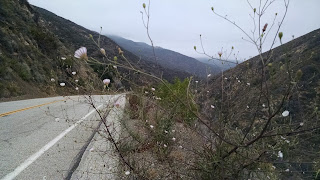 For some reason business likes to use workers' compensation for its human resources issues - namely to terminate an undesired employee.

All too often, when I was a defense lawyer, I was asked to include termination language in settlement papers, or asked what the effect would be on a case if the employee was formally terminated as part of, after, or prior to resolution of the comp case.

Because in my experience and training an undesired employee costs far more to maintain than the possible consequences of termination - even if "wrongful" - due to non-production, morale amongst co-employees, and a whole host of other "soft" costs.

Still, workers' compensation gets used inappropriately to rid a company of employees that management is too chicken to deal with otherwise.

A case out of Ohio points to just such boneheaded management use of work comp to cull employment ranks, resulting in case law that isn't necessary and just may make things worse for the rest of the business management world.

Alexis Jones was a claims examiner for the City of Cleveland Department of Law.

Shortly after arriving at work on May 5, 2009, Jones slipped on a piece of cheese that was on the floor. She fell to her knees, but was unhurt. According to her court filings, she didn't even tear her nylon stockings.

About two hours before the end of her workday, the law department's office manager came to see Jones and directed her to submit to a post-accident drug and alcohol test.

The city's written testing policy provides that the city may send an employee for drug and alcohol testing following any on-the-job "accident." The policy defines an accident as an incident where "there is bodily injury to the person requiring medical attention."

The policy further provides that an employee may be disqualified for compensation and benefits under the Ohio Workers’ Compensation Act if the employee refuses to test, or the result of the test is positive. It also states that employees who "test positive after an accident remain subject to disciplinary action, up to and including termination."

At the testing center, Jones indicated that she did not want to be examined and stated she was not injured. Jones was also advised that she could not leave the premises or call her husband, and she was stopped when she attempted to do so.

She then was given a plastic cup to provide a urine sample, she claimed she was unable to do so because the cup had broken and fallen into the toilet when she tried to collect her urine.

Jones was then given 20 ounces of water and a second cup, but she was still unable to provide a urine sample.

By the time Jones got the second cup, it was already past the end of her normal workday. After informing the testing center staff that her attempts to urinate had been in vain, Jones insisted that she be allowed to leave.

A representative of the city informed her that leaving the testing center and failing to provide a urine sample would be considered a “refusal to test” that had disciplinary consequences, but Jones left anyway.

Jones later testified that she had to leave because she needed to meet her husband, who normally picks her up from work, and she had a meeting that evening regarding her dying father’s end-of-life care.

The following morning, Jones reported to work and offered to return to the testing center to complete the urine sample. The city refused her offer and sent her home instead.

The city subsequently filed a workers' compensation claim on Jones' behalf, over her objection. The law department also held a disciplinary hearing regarding Jones' failure to complete the test.

The Bureau of Workers' Compensation eventually dismissed the claim the city had filed, determining there had been no injury.

The city, however, suspended Jones from work for 10 days.

The court found that the commission did not have a sufficient basis to find that Jones refused testing.

Even if she had refused, the court said, the city was not authorized to suspend Jones’ employment because the only ramification of a worker's refusal to take a post-accident test was a disqualification of workers’ compensation benefits.

The city appealed, insisting that the judge's ruling was "unsupported by preponderance of substantial, reliable and probative evidence."

Why did it go this far? What was the real reason for targeting Jones?

We don't know because that is not in the court record.

What we do know is that the city felt compelled to use the workers' compensation process to effect a termination of an employee, and all I can think of is that, for some reason, Jones was deemed an undesirable employee.

But no one in the Department of Law had the testes to effect a termination lawfully, likely in fear that Jones would "retaliate" and cost the department some unallocated funds.

To read the Ohio court's decision, click here.
Posted by Unknown at 3:52 AM