Yet workers' compensation claims management traditionally does the least to address them, typically for fear of opening the proverbial Pandora's Box. 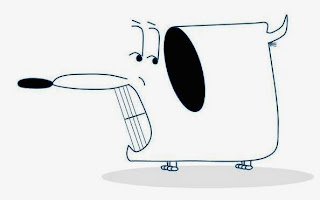 A 2002 study published in the Journal of Occupational and Environmental Medicine found 37.7% of injured workers had a pre-existing psych condition categorized as “Axis I,” (on the three Axis scale as published in the Diagnostics and Statistics Manual IV by the American Psychiatric Association) which includes conditions such as anxiety, depression and substance abuse, but not personality disorders. In comparison, 15.4% of the general population had one of those conditions.

For injured workers with psychological conditions before their injury, 10.2% had pre-existing major depression, 9.2% had an anxiety disorder and 24.9% had any substance disorder, including 15.9% with alcohol dependence and 13.5% with drug dependence, according to the study.

After the injury, the rate of major depression found in the study increased to 48.5%. The rate of alcohol dependence dropped to 1.3%, but the rate of opioid dependence grew to 13.8%, compared to 1.6% pre-injury (which makes sense now as we understand the path to opiates within the treatment context of pain complaints).

The JOEM study looked at 1,595 injured workers with chronic musculoskeletal pain who had been out of work for at least four months, and had begun a rehab program in Dallas.

Stalled in the Colorado state legislature is House Bill 1399, by Rep. Jonathan Singer, D-Longmont, that would prohibit denying a claim for mental impairment benefits based solely on the occupation of the worker.

The bill would have also required injured workers who file a psychological stress claim to undergo an examination by an accredited physician BEFORE the claim could be denied.

Daniel Bruns, a psychologist in Greeley, CO, told WorkCompCentral in a phone interview that the state's treatment guidelines recommendation of a psych evaluation for all patients with chronic pain or delayed recovery, before more radical treatments such as surgery, has reduced costs in those claims categories.

“In workers’ comp there’s been this fear that it would drive up costs,” Bruns told WorkCompCentral. “In Colorado, it lowered costs.”

There's a movement afoot in work comp claims to treat "the whole body" and this trend is facilitated by billing codes that permit such treatment without implicating wholesale acceptance of a person's entire psychological dysfunction.

Psych issues are more pronounced in workers' compensation than the general health population because of the disruptive nature of a work injury and the way the system responds. It makes sense to provide services intended to mitigate psych impact.

Certainly, work comp as currently configured, can not address all of a person's psychology. The system isn't designed for such intervention, and I suspect doing so would meet quite a bit of resistance not only from payers, but from the injured workers themselves who may be adverse to opening up their lives to possible exposure to others.

Studies and anecdotes show that claims payers and their subject who recognize that maxim, in general, have more positive results.

But it takes both, the willing payer and the willing subject, to make addressing psych issues in the work comp context ... work.
Posted by Unknown at 4:15 AM