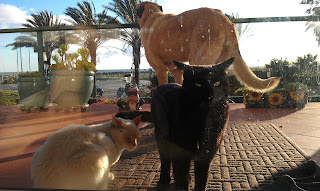 Transparency is an issue in workers' compensation, probably more so than other industries, because the complex nature involving the intersection of medical, indemnity and liability creates too many potential shadows.

This is particularly true when a state legislature creates an anonymous sub-system, like California's Independent Medical Review process.

The thought behind anonymity in IMR was to alleviate excess litigation by reducing the probability of medical disputes - if a party does not know who is making the IMR decision then there is very little likelihood that the party can subpoena that individual for interrogation.

But the statute doesn't say that the entire process has to be anonymous - just the name or identity of the person making the IMR decision.

So the State of California's Division of Workers' Compensation has rolled out a huge new feature in the IMR website that hosts decisions that allows users to search independent medical review decisions by the specialty of the reviewer and whether the underlying utilization review decision was upheld, overturned or partially overturned.

While agency officials have not yet elaborated on DWC's expectations for this new tool, I for one think it is a tremendous vote of confidence in the process, and should lead to much better oversight and administration of the IMR process, in addition to providing parties with much needed confidence that the system is, or isn't as the case may be, working properly.

California Applicant Attorneys Association president, Bert Arnold, told WorkCompCentral that he was concerned about the ratio of cases being decided by different specialties which are not indicative of the proportion of medical specialities being submitted for review.

That's a valid critique, and one that should be noted by officials as they seek to improve the system.

In the past such criticism would not be afforded simply because nobody knew, other than Maximus, who was doing what with the disputes.

At least now we have some idea as to qualifications for opinions.

It's not perfect, but it is a giant step in the right direction.

Kudos to DWC for the foresight in providing this information, and its confidence that providing more transparency is good for the system. Perhaps in small chunks some trust can be restored.
Posted by Unknown at 4:19 AM