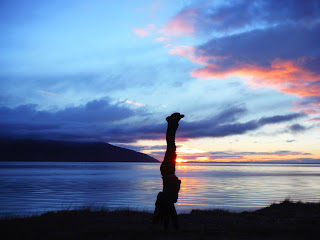 The Journal of Occupational and Environmental Medicine has published a study confirming the assumption that medical treatment in accordance with the current suite of published evidence based guidelines results in shorter disability duration and, ergo, better health outcomes for the subject.

The study used 45,951 indemnity claims with two years of development filed between 2008 and 2013 from the Accident Fund, United Heartland, Third Coast Underwriters and CompWest.

Though the study used ODG, rival publishers were equally enthusiastic about the report and are interested in how the methodology used to test ODG can be applied to other guidelines.

It has always interested me why different jurisdictions have different treatment guidelines since, presumably, all humans possess the same anatomy and biology regardless of location.

Ultimately, the difference between ODG and the American College of Orthopedic and Environmental Medicine guidelines is in the presentation of information and timeliness of incorporation of new research.

Different states, however, essentially succumb to special interests pressure to develop their own guidelines at great expense.

More importantly, though, is that state guidelines will eventually lag behind the research, becoming out of date, because the cost of staffing, reading, cataloging, reviewing, and confirming the vast universe of medical research is too costly, too daunting.

While there is usually a provision in the law for other EBM guidelines to supplant the state presumed default, doing so is thwarted by costs to the subject, or by operation of law.

California is a classic example. There is really no reason for California to have separate guidelines, yet the state continues to rely on its own, antiquated, Medical Treatment Utilization Guidelines. The law provides that the MTUS may be rebutted with other EBM, but if the payer's Utilization Review doesn't accept that argument, and the matter goes to Independent Medical Review, it's over.

Because IMR will follow the MTUS. And, once in the rabbit hole of IMR, there's no getting out.

Other states don't have any guidelines, and the JOEM study is a great argument for those states to adopt one of the standards (and hopefully shy away from the special interests intent on creating their own standards).

For instance, Pennsylvania law makers have before them House Bill 1800, a proposal to adopt “nationally recognized,” evidence-based medical treatment guidelines in workers’ compensation. Opponents say the guidelines are a one-size-fits-all approach to treatment.

Buying into those arguments simply reflects a lack of understanding what treatment guidelines are and ignores the fact that the general health insurance industry has been following guidelines since, basically, forever...

Whether I'm in California, Florida, Arkansas or Alaska, my physiology doesn't change, and neither should treatment protocol.

There has been a lot of talk lately about standards across state lines. Medical treatment protocol should be one of them.
Posted by Unknown at 4:25 AM

Email ThisBlogThis!Share to TwitterShare to FacebookShare to Pinterest
Labels: guidelines, IMR, treatment, UR