Article VI of the U.S. Constitution which dictates that federal law is the "supreme law of the land," which has been interpreted to mean that the courts in every state must follow the Constitution, laws, and treatises of the federal government in matters which are directly or indirectly within the government's control.

Under the doctrine of preemption, which is based on the Supremacy Clause, federal law preempts state law, and a federal court may require a state to stop certain behavior it believes interferes with, or is in conflict with, federal law.

ERISA is at the heart of opt-out. 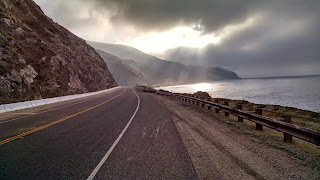 ERISA provides plan participants with a civil cause of action to enforce or clarify their right to benefits, and allows an employer to remove such disputes from state court tribunals to the federal trial court system.

In Texas, which as we know does not compel workers' compensation participation, this has never been a big issue - the argument was settled long ago that non-subscribers with alternative work injury protection plans go to federal court for those matters that ERISA says can not be the subject of arbitration.

But in Oklahoma, which compels employers to provide some form of work injury protection, either via participation in the state work comp program or via an approved opt-out scheme, the matter is not settled.

The Oklahoma Employee Injury Benefit Act requires employers who opt out of work comp to create plans for their employees that provide the same form of benefits as those included in the Oklahoma Administrative Workers’ Compensation Act.

One of those benefits is access to the dispute resolution process created for work injuries, and the 2013 law also created a new system (which, by the way, was opposed by the state's trial lawyers - interesting how things turn around...) to hear those disputes creating an administrative review process followed by appeals into the civil courts.

That obviously conflicts with ERISA.

Dillard's department store chain, one of the first to opt out of Oklahoma workers' compensation when it became available, tested preemption but lost the argument that work injury disputes under its plan belong in federal court last September.

In that ruling, U.S. District Court Judge Stephen Friot said that such appeals have to go to the Oklahoma Workers' Compensation Commission because ERISA contains an exclusion of its coverage for any employee benefit plan maintained solely for the purpose of complying with a state's comp laws.

Friot remanded the matter back to the commission.

Dillard's is asking the commission to send the case back into the federal judicial system, filing a motion asserting that it doesn't have jurisdiction due to federal preemption, because its plan is not SOLELY for the purpose of workers' compensation but covers non-industrial benefits too.

The case won't end at the commission. Representatives for the parties on both sides have indicated commitment to see the issue through to the state supreme court.

Can a state legislature buck the feds? Even if not sanctioned by the federal government, many states just go about their business regardless of federal law - the marijuana movement is recent evidence.

It may be that these cases end up before the United States Supreme Court at some point down the road. Or maybe not - that's many years, and a lot of money, to get there. But if there was any test case for the Supremacy Clause, the Oklahoma dispute is a prime example.

Oral argument before commission is scheduled for Friday, Feb. 19, at 9 a.m.
Posted by Unknown at 4:24 AM