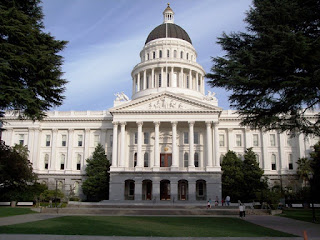 Basking in the bucolic bliss of the Renaissance Indian Wells Resort & Spa attending the Public Agency Risk Managers Assoc. annual conference, it's easy to lose track of the "real world" of Sacramento.

Waking up to this morning's news, though, is a reality snap. Here's a quick summary of what legislators are attempting with California's workers' compensation system:

AB 2230, by Rep. Kansen Chu, D-San Jose, would add to the Labor Code language allowing an injured worker to choose an interpreter for medical appointments and legal proceedings. The bill would allow the employer to select an interpreter if the employee fails to do so.

SB 1451, also by Mendoza, would also exempt State Compensation Insurance Fund from civil service pay limitations for certain executives and managers. The bill would limit the number of upper-level employees who are exempt from pay limitations to no more than 1% of the total number of State Fund employees. The measure would sunset Dec. 31, 2021.

Assemblyman Rocky Chavez, R-Oceanside, introduced AB 2407, which would require a provider to assess an injured worker's risk of chronic back pain and determine whether the worker meets the criteria for a surgical consultation. There is a surgical limitation in the bill but it provides that alternatives to surgery that could be ordered following an assessment including acupuncture, chiropractic care, cognitive behavioral therapy, physical therapy, yoga, massage or supervised exercise therapy. The bill would also authorize short-term use of opioids for back conditions, but prohibit long-term prescriptions of narcotic painkillers.


Assemblyman Chu of San Jose introduced AB 2577, which would establish that respiratory illnesses or diseases, including asthma, chronic obstructive pulmonary disease, chronic bronchitis, emphysema, asbestos-related lung diseases and any other condition caused by inhalation exposure from employment activities is occupational in nature.

Assemblyman Tom Daly, D-Anaheim, introduced AB 1922, would exempt policies or endorsements offering deductibles to policyholders from all or parts of benefits payable under the policy if the estimated nationwide premium is $250,000 or more, and the documents do not alter or amend the terms of coverage.

AB 2086, by Assemblyman Ken Cooley, D-Rancho Cordova, and Assemblyman Devon Mathis, R-Visalia, which would require the Division of Workers' Compensation to re-establish the qualified medical evaluator designation for neuropsychologists.

SB 897, by Sen. Richard Roth, D-Riverside, would double the amount of time certain safety workers can receive salary-continuation benefits in some cases. Police officers, sheriffs and firefighters could receive up to two years of salary-continuation pay if they suffer a "catastrophic injury."

SB 563, by Sen. Richard Pan, D-Sacramento, would prohibit any entity conducting utilization review from offering financial incentives to physicians based on the number of requests that are delayed or denied. The bill would also give the DWC authority to inspect utilization review contracts to ensure they do not include inducements to delay or deny treatment requests.

A much more comprehensive review of these pending bills is in this morning's WorkCompCentral News:
https://www.workcompcentral.com/news/story/id/188670b700c34267cce8f27f41bfc1cd80646de5.
Posted by Unknown at 5:14 AM