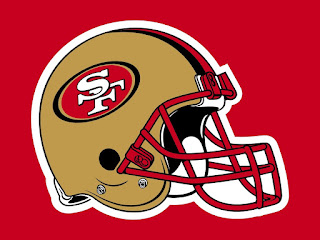 The day after Super Bowl Sunday - what did you expect from this blog?

I did what nearly every other American did: watch one of the single biggest media events on television, uniting with millions of others to experience the pageantry, suspense and excitement of professional football - the nation's favorite entertainment.

Of course, mix the National Football League and workers' compensation in the same blog and you come up with brain injury.

There was one Denver Bronco player sidelined with a head injury in the game (I forgot who) and commentators later indicated that he had been referred for neurological examination. The topic came up in announcer banter a couple of times during the broadcast.

Brain injury is a big issue for football, but NFL Commissioner Roger Goodall doesn't think so, at least not now with the league's success in state legislatures passing laws against cumulative trauma, cross-jurisdictional awards and an inadequate brain injury trust fund (as part of a class action law suit settlement).

The NFL's various insurance carriers were probably more circumspect about the risks though.

Travelers Insurance Company in particular didn't like the cost of brain injury treatment, so it undertook some subterfuge to avoid it.

George Visger spent only one season with the San Francisco 49ers in 1980. After suffering multiple concussions, Visger developed hydrocephalus, which is a build-up of fluid in the brain.

Visger established the compensability of his brain injury in 1984, and he received an award of $10,552.50 in permanent disability benefits and future medical care. In the years that followed, however, he struggled to get the treatment awarded.

Finally in 2012, he retained the assistance of counsel.

The nurse case manager, Douglas Ardley, would later testify that once Travelers learned about the cost of the brain injury treatment he recommended in his report, Travelers told him to bury it. Visger's attorneys were eventually able to obtain the report by subpoena and then secure an award for the recommended treatment.

Travelers challenged the judge's ruling, but the Workers' Compensation Appeals Board denied reconsideration of it last October. The carrier then sought relief from the 2nd DCA, but the court last week decided to let the board's decision stand.

The tragedy in Visger's case isn't that he had hydrocephalus, nor that he had to wait so long to get recommended treatment.

And though reprehensible, there's no tragedy that Travelers pursued its own profitability interests over the ward whom it contracted to take care of; and certainly it's unfortunate that California's reforms over the past 25 years have eviscerated any meaningful penalties or enforcement for bad faith against a recalcitrant claims payer when there's unrequited testimony about dollars over life.

The tragedy is that such cases sabotage trust. I want to report that Travelers read Ardley's report and implemented all recommendations, or more, and went above and beyond the call of contract to take care of Visger.

But instead the company decided shareholder interests were greater than its fiduciary responsibility to the beneficiary of its insurance contract.

It's reported that Commissioner Goodall in his state of the NFL address before the Super Bowl downplayed the safety risks.

Visger and his attorneys would argue that there's greater risk ending up in the workers' compensation system subject to medical decisions that take into consideration the payer's profit margins over the health and well being of the injured.

We should not wonder why work comp has such a bad reputation.

Email ThisBlogThis!Share to TwitterShare to FacebookShare to Pinterest
Labels: football