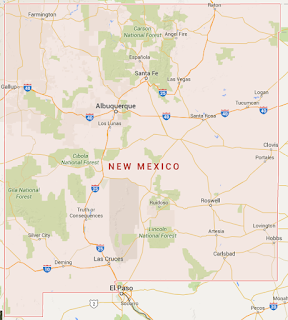 Sometimes the lack of clarity causes the judicial branch to interpret legislative acts inconsistently with legislative desire, so the legislature steps in (after, of course, political pressure applied by representatives of the concerned constituency - lobbyists) to correct erroneous judicial interpretations, and sometimes the legislature just succumbs to the desires of powerful interests, rightly or wrongly.

New Mexico is a great present day example of those concepts in action, with a bill recently introduced to eliminate marijuana as a medical obligation under workers' compensation, but another seeking constitutional legitimacy of the state's long tradition of exempting ranching and farming from compulsory work injury protection.

The NM House of Representatives passed a bill that would allow workers' compensation judges to reduce indemnity benefits when a worker's intoxication contributed to the accident causing an injury.

And the House Judiciary Committee passed a bill that would prohibit workers fired for misconduct after returning to work post injury from collecting temporary disability benefits. The committee also heard testimony on a measure that would eliminate reimbursement for medical marijuana.

In addition, a bill introduced in the Senate on Monday seeks to refine the exemption of certain farm and ranch workers from comp coverage.

All four bills – and their three Senate companion measures – were introduced in response to NM state court decisions.

The state's medical marijuana conflict is well known in the industry. NM courts found pot to be a medically reimbursable item since it is otherwise legal in the state. The insurance industry objects because it forces them to violate federal law. Advocates say much more powerful, addicting medications that have less efficacy for certain conditions are legal, so weed, which is less harmful and purportedly more effective, should be reimbursed if workers' compensation is truly a compassionate system.

Less well known is New Mexico's farm and ranch exemption. The argument for the exemption is that the day laborers used in these operations are transient so it is difficult for farmers and ranchers to discern just where an injury originated. The counter argument is that it doesn't really matter - the purpose of insurance, and in particular workers' compensation, is to spread the risk among a large pool, so while THAT injury may not be your responsibility, eventually your injury will be someone else's responsibility; it all goes around.

Many states have laws punishing intoxication when it leads to a work injury. This may invite some litigation, but the public interest is to ensure that if someone is doing their job they aren't compromised by drugs or alcohol. In other words, don't go to work buzzed - this makes sense

I can't imagine the logic, though, of discontinuing temporary disability benefits if there's "misconduct" after return to work and a termination as a result. To me, this is just inviting employer abuse.

The New Mexico Legislature is scheduled to adjourn Feb. 18. At least we won't have to wait long to see where all this goes.
Posted by Unknown at 4:35 AM