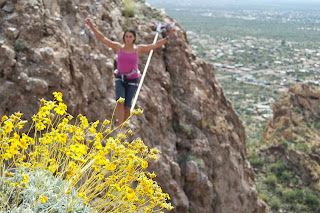 The recent $2.2 million jury award against non-subscriber Tyson Foods in Texas for a back injury had WorkCompCentral legal reporter, Sherri Okamoto, ask whether that, and other recent awards, has caused the opt out community to take pause.

Some of the examples cited by Okamoto:

In 2014, a McLennan County jury handed down a $12.1 million verdict against the Tractor Supply Co. of Texas – which was one of the largest awards ever made to a single individual in the jurisdiction.

In January, the state's 7th District Court of Appeals affirmed a $5.3 million liability judgment against West Star Transportation for a driver's brain injury from falling headfirst from an unevenly loaded flatbed trailer.

Then in July, the 14th DCA upheld a $1,016,809 judgment in favor of a meat cutter who lost three fingers in an industrial accident.

And in September, the 14th DCA approved of an award of $769,627.02 to a worker for his injuries from a mishap while operating a machine that was reeling in a piece of large-gauge wire.

So do these eye popping awards cause Texas non-subscribers to rethink the decision not to buy into the workers' compensation system?

The basic answer she got was "no."

The underlying reason is that the employee in a Texas non-subscriber case has the initial burden of proof to show negligence on the part of the employer - and that just doesn't happen very often because safety protections and awareness has been elevated to the best performance levels ever.

In addition, those employers opting out of Texas' system and subject to those kind of awards have the resources, management and experience to calculate the risks and do a cost comparison and have determined that the benefit of controlling their own processes outweighs the risk of those big awards.

The fact that Texas is not compulsory for workers' compensation has always been a hot topic of debate in the state.

Non-subscribers enjoy their freedoms. And they say that doing so places competitive pressure on the workers' compensation system to stay efficient and affordable.

I have had a tough time understanding why insurance groups would be opposed to non-subscription though. The Property Casualty Insurance Association has been a vocal opponent of opt-out for years. I thought they would, at the least, be neutral on the topic, because in my mind insurance is insurance - and if you can't sell one kind of policy, then you sell another kind of policy.

But the opposition remains. Trey Gillespie, whom I've known for some time, is the senior workers' compensation director for PCI. He states that PCI's objection to non-subscription is that it's bad public policy because it upsets the competitive market for the industry the non-subscriber participates in and that "they're not really providing the protections envisioned by workers' compensation."

That argument is also made by labor. Rick Levy, the secretary-treasurer of the Texas AFL/CIO and formerly its general counsel, has been a vociferous proponent of making workers' compensation compulsory in Texas for as long as I've known him.

Levy's argument against non-subscription mirrors Gillespie's, but with more of a Labor twist - Levy can cite many cases where an irresponsible employer left injured workers high and dry, upsetting the balance of the employer-employee relationship, particularly since most employees are not fully aware of the consequences of inadequate work injury protection systems.

Another argument against non-subscription is that costs are unfairly shifted onto other public benefit systems.

That argument is made against workers' compensation too, and curiously also gets inverted ... I don't think anyone accurately can state whether one system shift actually occurs over another system shift. I've never seen a convincing study that tracks real dollars attached to a claimant (or a cohort of claimants) from one system to another.

Non-subscription has always been a part of the Texas work-injury protection culture. Things are just different in that state. When the concept migrates across state lines it takes on a different character because it butts up against compulsory obligations - in Oklahoma, as you are likely well aware, that obligation requires that opt-out have the same minimal protections that workers' compensation provides.

There's quite a bit of argument over what that exactly means, and the opt-out movement has been on the defensive for the past year as plans become public and critics challenge whether those plans in fact meet that minimal standard.

That minimal standard, though, has shifted over the years and after many reforms in many states. The ProPublica series about work injury protection systems points that out quite clearly - the original promises made to Labor have been compromised over time and that's what the anecdotes (and frankly the data) suggest.

Whether workers' compensation is compulsory, whether an employer opts-in or opts-out - these are red herring arguments and mean nothing at the end of the day for the injured worker trying to get medical care and figure out how to pay his or her bills.

The test is whether the employer is sufficiently vested in its work force to ensure employees are sufficiently protected against the risks of earning a living at the direction and control of another.

The more I hear the arguments, the more both sides seem to be saying the same thing, and both of them are focused on exactly the WRONG thing: saving money.

When the focus is on costs, only costs matter, and that means that the assets (employees) get short shrift.

Cost centric employers count the trees in the forest. The problem is that they don't count all of the forests. Work injury protection is not just about avoiding a bad jury verdict, or controlling medical treatment, or limiting exposure to some mandated annuity.

It is up to Business/Industry to figure out how to best provide that protection. And its up to government to say whether or not the solution provided is adequate.

What it really comes down to is does the public trust government to do the right thing? Opt-out folks don't.

There are a lot of work comp folks that don't either.
Posted by Unknown at 5:01 AM