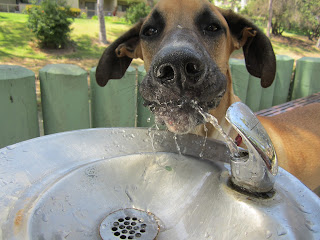 A vexing question that some jurisdictions have addressed statutorily is, just how long is "temporary," as in temporarily totally disabled, for purposes of indemnity payments while recovering from a workers' compensation injury.

That seems generous compared to California,Texas and Florida, which have the shortest periods of TTD, cutting off benefits at the 104 week-mark (California makes an exception for certain types of injuries where the cap is doubled).

The limit in Florida is before that state's supreme court after the First District Court of Appeals ruled the limitation constitutional, and that St. Petersburg firefighter Bradley Westphal could seek permanent total disability benefits when his TTD ran out.

Last week the District of Columbia Court of Appeals ruled in Clement et al v. District of Columbia Department of Employment Services that the 500 week limit for "any one injury causing temporary or permanent partial disability" applied to injured workers who are temporarily totally disabled.

The Compensation Review Board said the statute was ambiguous, but concluded that lawmakers had intended to set a maximum length of time during which an injured worker could recover benefits for both total temporary and permanent partial disabilities, thus the 500-week cap applied to Clement and Eason.

One of the major tenets of workers' compensation law is that there be "certainty."

The employer needs to have certainty as to its (or it's insurance company's) liability.

The injured worker needs to have certainty about an income stream.

Neither can be certain if there's never a resolution for a temporary situation. At some point a line has to be drawn, a boundary set, a definition in place that reasonable people can rely upon so the next chapter in a workers' compensation case can be written.

Setting a time limit on a temporary benefit may seem arbitrary, and certainly there are going to be people on the back end of the curve that don't fall neatly within the proscribed period - the unfortunate thing about workers' compensation, or for that matter any sort of benefit system, is that it can not be all things to all people all the time.

I keep going back to the original "definition" of the Grand Bargain established by the United States Supreme Court back in 1917 - "reasonably just substitute."

In a civil case, there is no accommodation for temporary total disability. There is simply a verdict and it might include components for lost wages, pain and suffering, and other sorts of "common law" components that we, as a society, have deemed appropriate when there is a "loss."

The US Supreme Court, in NY Railroad vs. White, said certainty was a key element of determining whether workers' compensation is a "reasonably just substitute" and that certainty applies to both employer and injured worker.

That workers' compensation sets for a different standard for "damages" with categories of disability: temporary partial, temporary total, permanent partial and permanent total. These substitute for wage loss, and to some degree pain and suffering in as much as disabilities that have permanency are typically paid in accordance with some sort of schedule.

At some point in the duration of a disability it must cease to be temporary. Perhaps a medical condition has not yet stabilized after nine and a half years - well life is never stable. There is never permanency to life - it is dynamic, ever changing.

The only permanency is death.

And there's a payment schedule for that too...
Posted by Unknown at 4:36 AM