IMR Is What We Have

The California Workers' Compensation Institute has released its latest study on Independent Medical Review, and the conclusions shouldn't be surprising.

Overall, in the vast majority of workers' compensation claims, IMR is said to be working.

Keep in mind that this evaluation includes ALL workers' compensation claims, including medical only.

And since medical only claims comprise over 70% of all claims, the conclusion shouldn't be surprising.

What is surprising to me, however, are some of the less obvious items that are stated in the report, and if studied further, may provide some insight into why many of the negative comments and reactions to IMR occur. 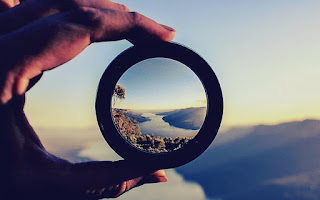 First, "There was wide variation among claims administrators in the proportion of RFAs [requests for authorization of treatment] forwarded for physician UR review (ranging from 1.5 percent to 45.9 percent), which also affects the proportion of RFA services modified or denied by the physician."

That's a surprising range. If you have a case that is being managed by one of the 45.9 percenters, then you are more likely to have an adverse experience and denied treatment request than a claim administered by a 1.5 percenter.

Second, and related to First, "Within the study sample the percentage of treatment services in which an RFA was submitted varied by claims administrator, ranging between about 9 percent and 19 percent of services."

What this means is that some claims administrators are much more liberal and lenient with requests for treatment than others, so if you're on the 19 percent side then you're more likely to encounter friction in getting medical treatment approved.

Third and related to Second and First, "Although overall, 4.3 percent of all workers’ compensation medical services were modified or denied in the UR process, as noted earlier, modification/denial rates as a percent of all treatment services showed significant variation among payors, ranging from a low of 0.2 percent to a high of 5.0 percent."

What would  help us understand the real efficacy of the entire medical review process in workers' compensation, and whether or not there is value (cost versus benefit analysis) in the entire review process, would be to study ancillary issues attendant to the medical review process: duration and extent of disability, return to work success, overall costs of employment (i.e. substitution of injured workers and/or burden on existing work force), etc.

This is sort of like the unexplained concentration of claims, and ergo, claims costs, in the Greater Los Angeles basin area - a subject of investigation by a senate committee yesterday (which saw lots of data, lots of theories, and no conclusions). Coincidentally, or perhaps not, the CWCI study affirmed that there were more IMR reviews in the Los Angeles area, than any other region, representing 34% of all decisions out of 23% of all claims.

The impact of litigation on the review process also stands out, but there is again compression in the numbers, affirming the preliminary findings earlier this year: "The Institute’s analysis of 2014 IMR outcomes published in April 2015 found that nearly two-thirds of all IMR decision letters were addressed to the injured workers’ attorneys. Furthermore, that analysis found that a relatively small number of employee representatives – either the injured worker’s attorney or physician – were named on a majority of the IMR decision letters, with the top 10 percent of the representatives named on 65 percent of the 2014 IMR determination letters."

Comments in the WorkCompCentral story covering the study release dispute, affirm or modify its findings, reflecting the experience of the commentators. Most agree with the overall statistical conclusions, but have some anecdotal observation that challenges the data on a case by case basis.

And frankly, while workers' compensation can not be 100% effective all of the time in the medical care delivery process, the fact is that the relatively small number of cases for which IMR reverses the UR decision affects tens of thousands of treatment requests, potentially affecting tens of thousands of claimants, and we know that small percentage can comprise a disproportionate cost to the system, employers and injured workers.

What this study tells me is that there is still a great amount of work to be done by claims payers, by medical providers, by litigators - the expectations that preceded SB863 have not yet adjusted, nor have the practice habits of those involved.

The research will support the policy of taking medical decisions out of the litigation process. Until there is a judicial determination that the UR/IMR process is unconstitutional (and the Stevens case has already resolved at least one constitutional argument in favor of the process) or the legislature makes changes (unlikely given this research), this is the system we have, and need to work within.
Posted by Unknown at 4:24 AM

Email ThisBlogThis!Share to TwitterShare to FacebookShare to Pinterest
Labels: IMR, UR