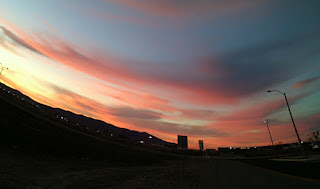 **********
Carl Greer, a long-time employee of Sysco Foods, accidentally stuck his foot out from his stationary forklift into the running line for equipment in the Sysco warehouse in February 2006. A coworker on another forklift collided with Greer's forklift, and his foot was crushed between the forklifts.

Greer underwent medical treatment for several months and was released to return to modified work in August 2006. His doctor placed him at MMI in April 2007.

But Greer continued to complain of pain in his foot. He went to see Dr. Bret Grebing in July 2007. Dr. Grebing diagnosed him with tarsal tunnel syndrome – a nerve condition in the foot, similar to carpal tunnel syndrome in the wrist.

Greer underwent surgery on his foot in June 2010. In the meantime, Greer filed a workers' compensation claim asserting he was permanently and totally disabled by the combination of his foot injury and his pre-existing disabilities from earlier back and shoulder injuries.

The Administrative Law Judge found Greer was not permanently and totally disabled, and that Greer had a permanent partial disability of 27.5% from the forklift accident.

The ALJ also determined that Greer had reached MMI for the foot injury by April 2007, and so Greer was not entitled to any TTD benefits after that date.

[The judge further determined that Greer's benefits had to be reduced by 25% because Greer had violated a workplace safety rule by allowing his foot to be in the running line for equipment in the first place.]

Greer appealed, and the commission (which also overturned the safety penalty) ruled that he was entitled to an additional period of TTD benefits after the 2010 surgery.

The Court of Appeals reversed the award of TTD last November, but the Supreme Court on Tuesday said the commission's decision was supported by substantial and competent evidence.

The Supreme Court explained that Section 287.149.1 of the Missouri Workers' Compensation Act requires that temporary total or partial disability benefits be paid "throughout the rehabilitative process.”

Thus, when the commission is presented with evidence that a claimant has reached MMI, yet seeks additional treatment beyond that date for the work-related injury in an attempt to restore himself to a condition of health or normal activity by a process of medical rehabilitation, the court said "the commission must make a factual determination as to whether the additional treatment was part of the rehabilitative process."

If the commission determines the additional treatment was part of the claimant’s rehabilitative process, then he is entitled to TTD benefits pursuant to Section 287.149.1 until the rehabilitative process is complete, the court ruled.
**********
Part of the Grand Bargain is that employers (and their insurance companies) have "certainty" in the process (albeit, certainty is bilateral for the injured worker as well).

A "temporary" disability status looks a lot less temporary when it endures for more than four years. And an employer/carrier has no certainty as to when something isn't temporary if there is not a "bright-line date to terminate temporary total disability benefits," as the Court said.

Now you know why many states artificially limit TTD.