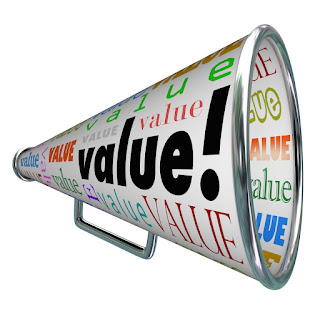 This is where carrier members of the WCIRB get together to take care of some various business items related to running the entity, and also to get some interesting perspectives on the health of the California work comp insurance market.

I put that in bold print because too many people confuse the business of workers' compensation insurance with the functioning of the system - they're related, for sure, but investors (the business side) want to know whether they are going to make money, and how much, by financing the system; not whether the system is working "correctly" or not.

Yesterday the Governing Committee of the WCIRB approved experience modification changes to the employer rating structure, moving costs for Independent Medical Review and Independent Bill Review out of the medical cost containment category of expenses, and changes to calculating premiums for the horse racing industry, among others.

The insurance industry ranks near the lowest of despised enterprises in the public's eye. Agents and brokers are denigrated in the media (e.g. "Ground Hog Day"), actuaries and their mysterious jobs are the brunt of endless jokes about bland personalities, and carrier profits are nearly always seen by the customer (employer and injured worker) as excessive regardless of the actual rate of return.

The business of providing the financing for the system is brutal and rife with risk, but unless a jurisdiction wants a sole governmental provider (which nearly no one wants, even in the few monopolistic states left), there is no better means of meeting the century old obligations that we call work comp.

Yet, more than ever it seems, work comp is under attack. The critical noise about the system has risen dramatically over the past year.

There are national and regional based publications that make the case the system no longer adequately serves injured workers.

The "opt-out" camp argues that employers are paying too much for too little.

Vendors to the system - the medical community and other suppliers - say that work comp pays too little for too much hassle and that there is a race to the bottom.

Legislators just get tired of hearing about the whining and, from my perspective, seem to pass whatever they think will get work comp complainers to shut up.

There is pressure from big medical, like Kaiser and Blue Cross, who are trying to muscle in with integrated care.

And there is pressure from really big business, like Walmart, to maximize economies of scale and muscle down pricing of suppliers (be it claims services, medical services, even reinsurance).

Perhaps most notably, though, pressure is increasing from the people that pay for work comp – the employers (despite the fact that rates are near historical lows relative to 20 years ago).

Employers seem to be increasingly frustrated with workers' compensation, and I think largely that's because they fail to see value. What work comp does for business isn't well understood, nor is it appreciated.

The value is not appreciated, of course, until the employer, lacking insurance, gets sued for a work injury and loses everything - the last thing an employer wants is to have a ‘jury of your peers’ decide whether right or wrong and determine how much "wrong" is worth by the judgement passed down; it's unpredictable, expensive and as we all know potentially quite ruinous.

We’ve been doing this work comp thing for just over 100 years. and it seems that no one believes it is delivering on the original promise – or at least not at a price that anyone is willing to continue paying.

Regardless, I never hear anyone make a cogent argument for some work injury protection plan different than workers' compensation. The opt-out camp likes personalized plans, but when the skin is peeled back the similarities to traditional work comp are striking. What's different is the degree of employer control over the process; this seems to give those employers a sense of "value" and return on their investment.

When we ask employers to tell us what they want in a work injury protection system we get what is commonly known as "reform." More often than not, reform sparks its own issues, and because wedding medical care with compensating for disability is notoriously complex there is always some dissatisfaction, confusion, and unintended consequences.

Yet, work comp is vital to both Apple and Hollywood.

We can argue back and forth about what work comp should look like, what it should do, how it should perform, etc.

I don't think we can argue, however, that it is about as good of a solution to the perplexing job of mitigating the risk of work place injury. There may be debate about the details, but strip away the layers and the basic premise is still cogent.

Work comp provides value. For some it may not be enough value. For others there may be too much going in the wrong direction.

To most that value isn't appreciated or even understood.

[Shameless plug - help turn the image around and nominate a person or company for a Comp Laude award: https://www.workcompcentral.com/gala-voting.]
Posted by Unknown at 5:18 AM