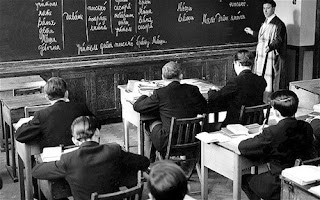 California has its rather unique "lien" system, where a vendor of services or goods to an injured worker can enforce payment by asserting a lien against a claim or case.

SB 863 inserted provisions into the process requiring payment of a filing fee, or for those liens already pending in the system but not yet resolved, an "activation" fee before the issue could be brought to a workers' compensation judge.

Both fees have been challenged in court and there are cases pending on the constitutionality of these provisions.

In the meantime, the lien fees were credited with reducing system costs a whopping $690 million dollars, nearly 40% than the $480 million that was originally projected by the Workers' Compensation Insurance Rating Bureau.

Filings dropped precipitously, lien hearings fizzled to a blip on the screen, and the system proceeded along with its other dysfunctional, frictional, processes.

Many were declaring early success and the defeat of those pesky lien claimants.

Then something happened - a statute of limitations showed up.

Lien filings all of a sudden surged, increasing 73% in the first quarter of 2015 compared to the same period in 2014, and 34% more than the last quarter of that year.

The Division of Workers' Compensation has had to make adjustments all along. One court ordered the activation fee stayed pending a hearing on its validity. Another court refused to inhibit collection of the filing fee.

Lien claimants complain that payers don't deal with them fairly, adequately or in good faith.

The payer community argues that lien claimants get in the way of the case in chief, assert ridiculous if not fraudulent demands for payment, and the process encourages nefarious behavior.

Nothing in workers' compensation highlights the crazy dysfunction of the system better than the lien claim debate. Even lien claimants themselves disagree on how all of this affects their positions in the system.

Reid Steinfeld, in-house counsel for the Calabasas-based receivables firm of Grant & Weber, told WorkCompCentral Thursday that anyone who provides a reasonable and necessary service to an injured worker on a lien basis deserves to be paid, but he didn't think it was necessarily unconstitutional to require the service provider to pay for the privilege of getting the lien claim resolved.

The system is aptly named. I've argued in the past, as has fellow blogger Bob Wilson, that renaming the system to reflect a better motivation would help steer processes in the right direction. I still believe that, but as the system stands in its present form, it is "workers'" (that's plural possessive for those who forgot about third grade) "compensation" (money, benefits or remuneration).

Let's break that down to it's basics.

"Workers'" as I said is plural possessive. That means that every worker regardless of status (that's the plural) essentially owns something.

That "something" is "compensation": "something given or received as an equivalent for services, debt, loss, injury, suffering, lack, etc.; indemnity."

Somewhere along the way we forgot about this basic element. Others who are not workers became infused with rights to compensation.

Why do vendors have to "lien" a case in the first place? Is it because the underlying reason for benevolence in the system is that injured workers can't be trusted to pay their own providers?

Or is it because the vendors can't be trusted not to harass, hassle, and threaten people in desperate times to extract an unfair payment?

Or a combination of the above and other reasons?

I don't have an answer to these questions, and perhaps you don't either. I say it doesn't matter - we have what we have.

But when you come to the table as either a payer, provider, worker, or whomever, remember that you are in the "workers' compensation" system - that's a plural possessive description. It's not yours, mine or anyone else's compensation; it's the "workers'".
Posted by Unknown at 4:39 AM