Haves Versus Have Nots 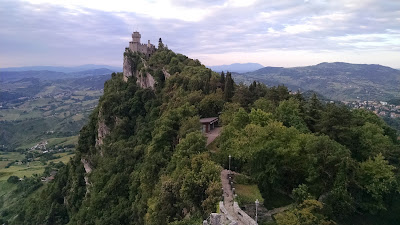 Disparity in treatment between people in similarly situated; this is one of the most fundamental constitutional analysis applied when a statute is tested.

It's a test of fairness, a qualitative test that may have some quantitative basis, but ultimately is a "touchy-feely" sort of test.

There were 38 states that exempt certain levels of the agricultural industry from workers' compensation.

The New Mexico Court of Appeals, in two consolidated cases, Noe Rodriguez v. Brand West Dairy and Maria Angelica Aguirre v. M.A. & Sons Chili Products, ruled that there can be no distinction between the people who pick crops, and those who bag them.

Since 1937 farmers didn't have to buy workers' compensation insurance for their field workers.

Workers who perform tasks essential to the cultivation of crops are excluded from coverage, as distinguished from those who perform tasks such as processing crops. The law also differentiates between people who care for and train workers as part of a farm and ranch operation - they did not need to be covered - and workers who care for animals and train them for competitions, who are covered.

Employers argued that the law exists to simplify the administration of the workers' compensation system and protect the agricultural industry.

The court rejected those arguments, and frankly they aren't logical. Seems to me that it's more complex to distinguish between classes of workers as to who is or isn't covered is more complex than applying work comp to all workers. And the state only has 15,000 filed workers - this isn't California after all; I don't see the big burden on New Mexico farmers beyond the fact that their onions are going to cost a couple more pennies per pound now.

The court saw it that way too.

"We conclude that there is no substantial relationship between the exclusion and the purported government interests of increased workers' compensation efficiency and lower costs for the agricultural industry," says the opinion. "There is nothing rational about a law that excludes from workers' compensation benefits employers who harvest crops from the field while providing benefits for the employees who sort and bag the very same crop."

And maybe the farmers affected directly by the case will encounter some hardship (the judicial change in the law is retroactive to March 30, 2012 on a procedural distinction), but the state provides uninsured employer protection to workers injured without coverage, and statutes of limitation are also going to significantly reduce potential claims from arising.

In addition, 5,000 of the 15,000 estimated population are voluntarily covered, so the claims population drops even further.

This may or may not start a trend - as noted, there are 37 other states with some sort of agricultural exclusion. Most of those exclusions are basically for mom and pops operations.

What's interesting to me is that, in contradiction to the rest of the nation, this case represents support FOR workers' compensation.

From Florida to California, there are, or have been, constitutional challenges AGAINST state workers' compensation statutes in one form or another.

The Florida Padgett case, decided by the Florida Third District Court of Appeals just days ago, found that Judge Cuetto's declaration that the state's laws were unconstitutional was procedurally flawed, leaving open the substantive issue.

In California several cases are pending testing the constitutionality of various parts of that state's system under the most recent reforms.

There is the nascent, yet real, trend of opt-out challenging the viability of work comp.

All of this demonstrates the schizophrenic personality of workers' compensation. When it's needed it's a godsend, particularly if it is executed properly. When it's not needed then it's a burden that should be somebody else's problem.

At times workers' compensation makes no sense. Other times it is irrefutably necessary.

It's all a compromise. Like life itself, there are always winners and losers and nearly no one is happy one way or the other.

Regardless, the bottom line, which I think the New Mexico Court of Appeals got right, is that there can not be an arbitrary distinction between the haves, and the have nots.

It just doesn't feel right.
Posted by Unknown at 5:33 AM