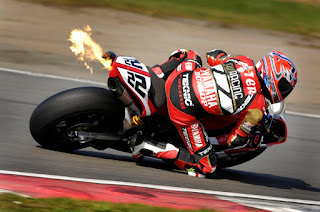 Friction is the force resisting the relative motion of surfaces sliding against each other.

The byproduct of friction is thermal energy, and that can result in wear, which consequently may lead to performance degradation and/or damage to components.

It should be noted that friction is not a fundamental force - which means that it is reducible to more basic interactions.

There are processes that get in the way of the delivery of medical treatment - this is often deemed frictional.

There are processes that get in the way of paying bills that are seen as contributing friction to the system.

The government may introduce friction through various compliance programs.

Those are just examples. There are many other frictional details.

Industry statistics reflect that the friction costs of work comp is at, or above, 40%.
An insurance company's frictional costs include adjusters, attorney fees, rent, overhead, etc. It includes external costs like broker’s commissions, marketing, fraud, etc.
In other words, it takes 40% of all costs to deliver benefits.

Compared to other delivery systems this is appalling.

Medicare claims a 3% delivery cost. Its worst detractors claim 8%. Even with $712 million in a single fraud bust Medicare's delivery costs are significantly lower than workers' compensation.

But we're just looking at direct frictional costs. Remember that friction is not a fundamental force, so it can be broken down into many other basic interactions, and there is another kind of frictional cost that is greater.

It is the Friction that arises from the inefficiencies of the system and that friction is the result of misdirected motivations unintentionally arising out of unchecked legal and regulatory mandates.

For instance, claims payers use Utilization Review and Independent Medical Review as a legal cudgel. No one can blame them, they are just doing what the system tells them they can and should do (e.g. in California UR is "mandatory"). Consequently medical providers don't want to do their job: Why spend two hours writing a ‘medical necessity’ report when they stand a poor chance of authorization? Even if they got authorization, the fee would be less than reasonable for keeping a medical practice open.

The first frictional cost places a direct burden on the employer and an indirect cost on the consumer. Imagine if that could be reeled in, and indeed these costs are under constant scrutiny.

But this first set of costs are a consequence of those motivations because to perform the operational duties of claims management according to the law there are adjusters, lawyers, executives, buildings, phones, paper, etc. - all first tier frictional costs.

The second tier of frictional cost has greater impact because it affects the bigger workers' compensation population: the injured worker and his or her employer.

Delay and deny to an injured worker that needs knee surgery causes both financial and physical suffering. Even if the procedure is authorized six weeks later, imagine the physical and mental pain, and delayed recovery.

The employer suffers as well. It's no secret that the bulk of litigated claims is caused by poor claims handling, largely the product of poor communication. We know a litigated claim costs upwards of ten times the normal indemnity claim. Those costs are passed on to the employer in the form of a higher X-MOD which leads to higher premiums.

Very efficient claims payers have very little friction. Their coefficient of friction (if I had a mathematical brain I would have some cool algorithmic equation here) is very low, ergo their costs are very low, and their productivity is very high.

Poor claims systems have lots of heat. They get audited by the state. They face civil actions for bad faith. They have high employee turnover.

And they damage the basic components of the workers' compensation engine.

Friction is the greatest enemy of an efficient work comp system. Lubrication reduces friction. It must be applied liberally and early in the combustion cycle.
Posted by Unknown at 4:31 AM

Email ThisBlogThis!Share to TwitterShare to FacebookShare to Pinterest
Labels: IMR, reform, transparency, UR