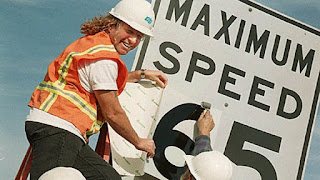 Doesn't it start getting ridiculous after awhile?

I'm talking about all of this fodder about cost shifting.

Because it's not cost shifting - at some point the ultimate consumer (that's you and me at the street level) pays via the cost of the goods and services we buy.

I wrote a little while ago about awakening the sleeping giant, Social Security. There's good evidence that about $12 billion per year of workers' compensation obligation is being absorbed by the Social Security Disability program, and that at some point they'll want their money back.

It took some time for the Centers for Medicare and Medicaid Services to awaken to the pot of gold at the end of their statutes, but when they figured it out all sorts of hell broke loose. Now Medicare Set Aside trusts and other forms of repayment mechanics are a daily part of the claim resolution process, increasing complexity and friction.

State Medicaid programs have been slower to the party, but they are now feeling their drinks.

In the past these entities didn't have the wherewithal to figure out who was a workers' compensation benefits recipient that was passed onto the Medicaid systems.

But the digital age has empowered state Medicaid systems, and regulators are formulating rules that increase the ability of reimbursement recovery.

CMS's proposed rule, introduced June 1, would eliminate references to the International Statistical Classification of Diseases and Related Health Problems, a set of thousands of codes used to classify injuries and illnesses. The codes, currently in their ninth edition, are set to be replaced by the 10th edition nationwide in October. In the current system, state Medicaid programs use a specific section of the codes dedicated to traumatic injuries to look up patients that are more likely to be workers’ compensation claimants.

However, patients with traumatic injury codes, which are numbers 800-999 in ICD-9, aren’t necessarily the most likely to be workers’ compensation claimants.

“This amendment affords states the opportunity to revise their trauma code editing processes with regard to identifying nonproductive codes if and when they deem necessary,” the proposed rule reads.

The proposal would allow states to choose which codes to focus on, allowing each Medicaid program to look at codes more likely to lead them to workers' compensation claimants while ignoring the codes that don't.

The rule also eliminates references to specific versions of ICD, which means states won’t have to look to CMS for a new set of rules on which codes to pursue every time a new edition comes out.

But, despite the liberalization of the rules, there's disparity in getting information because Medicaid systems are digital, and a lot of state work comp systems are still analog (i.e. paper-based).

Rhode Island addressed that problem three years ago with the launch of its Medical Assistance Intercept System. The system allows the Rhode Island Medicaid program to check its beneficiaries against lists of workers’ compensation claimants submitted by payers. The program then generates liens for payers who should have covered medical expenses that were charged to Medicaid. Employers and insurers that settle workers’ compensation claims are required by state law to check the system.

Since 2012, MAIS has generated liens for more than 440 cases totaling $5.7 million, according to the program’s website.

Other states are looking to third party vendors, such as Hewlett Packard or HMS, to do this service.

While you might think this is not a big deal, that Medicaid programs should get reimbursed for work comp obligations, there's a more threatening issue: federal intervention of workers' compensation.

What does Medicaid have to do with federal control of state based workers' compensation systems? Funding, pure and simple.

Medicaid is funded in part by the federal government. Whenever the Fed puts money up for grabs they get to dictate the rules. Remember the 55 mile per hour federal speed limit? States didn't have to follow it, but if they didn't then they risked billions of dollars of federal transportation revenue for roads and infrastructure. Consequently there was near universal compliance of the 55 mph limit.

And Sammy Hagar got a hit song.

So if the feds REALLY wanted to take control of state workers' compensation systems, all they have to do is set standards, then tell the states that if they don't adopt those standards their Medicaid funding will be constricted.

And don't think that can't happen, or happen in the near term.

As you know, OSHA published a blistering critique of workers' compensation. And there is increasing noise about federal imposition. With ever increasing federal programs affecting the health and welfare of the population (ACA, ADA, FMLA, etc.) and political pressure to "right the wrongs" of state based systems, I for one would not be surprised to see such proposals.

The other general media publications raising the noise level about workers' compensation adequacy and the disparity between various state systems will get some political attention, particularly after the next general election.

Both big parties like expansive government; the Democrats admittedly so, and the Republicans less honest about it (the last Republican president, George W. Bush, oversaw the single largest expansion of the federal government in history...).

If the industry is not, collectively, interested in maintaining state based workers' compensation and all of the elements that entails, such as insurance freedom, self-insurance, opt-out, etc., then we can go on as we have for the past 20 or more years, with our self-interested mandates and political machinations, and ignore the fog horns.

The craggy rocks near the harbor beckon the unwary sailor. Ignore the warnings and all of our livelihoods, whether we believe them to be honest and socially beneficial, or not, will be dashed onto the shore, ultimately assimilated into a federal program.

I know you don't want to hear it, but this is what needs to happen: benefits need to be adequate, they need to be universally applicable with little disparity between states, and inter-meddlers (we call them "vendors") need to get out of the way so those benefits are delivered quickly, without interference, and without question.

Oh, and employers are going to have to drive 55.
Posted by Unknown at 4:52 AM