The key note speaker at the NCCI Annual Issues Symposium last week was Salim Ismail. He's a technology guru, having served previously as a vice president at Yahoo.

Ismail spoke eloquently about how fast technology is evolving, and how the hockey stick growth curve of services like Uber and other "shared economy" companies is going to radically change the way America works.

Truthfully, the law has always been, and always will be, behind technology - because The Law is reactive. The law doesn't come into action until it is requested, or required.

Ismail also noted that the laws and regulations that govern America can not keep pace with the Information Revolution - even though he opined that this revolution is only about 1 percent underway. 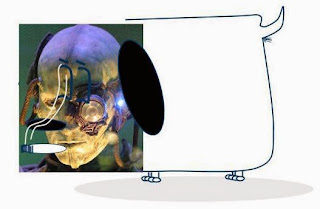 What Ismail foresees is a radical, and fundamental challenge to work, the work place, and ultimately workers' compensation, and society is going to have to ask itself if people are really, really ready to take care of themselves.

Because that's what the "shared economy" is all about.

In the shared economy, goods and services that used to be the province of organized business are distributed by individuals who have no commitment, obligation or allegiance to any legal business entity.

Nor does any legal business entity owe those individuals providing those goods and services any promise beyond a commission check. Or at least that's the way they see it.

People that subscribe to the shared economy ideal, value the freedom, independence and virtually unlimited earning capacity of "micropreneurs."

Then the micropreneurs find out what a lot of us real entrepreneurs already know - the world is a cruel place and there's no one to fall back on except one's self (and a whole lot of credit cards) when the proverbial excrement hits the fan.

And this is perfectly find and dandy IF society is willing to tolerate a whole new class of workers that don't have the skills, education, fortitude, determination, discipline, ability, and, ultimately, financing, to stand alone with out the structure and formality of traditional employment and its suite of legal protections.

Uber, with its multi-billion dollar valuation (and I "get it" - that hockey stick growth curve of explosive acceptance by the purchasing public) can't wait for driverless cars - then they can substantially limit the attendant liability of drivers, wrecks, passenger abuse, and of course workers' compensation.

I suspect that the shared economy is just starting. It will grow. Very large.

Critics of the shared economy say that it will create a larger class of "have nots" - have no insurance, have no health care, have no work comp, have no protections.

Advocates argue the shared economy didn't create this disparity, that it has existed in cycles forever - that the cycle of technological innovation has always outpaced the law, and society's ability to deal with the entrails.

According to Rachel Botsman in an opinion piece published by the Wall Street Journal, organizations are already dealing with disparity outside the government: TaskRabbit has introduced a wage floor, making it impossible for workers to earn less than $12.80 an hour; Peers.org and Freelancers Union are creating ways for independent contractors to pool bargaining power to access discounted health insurance and telecom plans.; still others are working on how to share equity.

Botsman points to a recent survey of Lyft drivers who were asked if they would prefer to join a traditionally structured company - only 25% said yes. The rest, presumably, enjoy their independence and control over schedules, rates, etc.

The opposing argument by Andrew Keen is that the companies that create shared economy technology do great, but the workers get the shaft; i.e. these are "jobs" that have no legal protection.

Keen says that the shared economy is, in reality, a "very selfish economy."

Having been around for some 55 plus years, I can say quite confidently that the vast majority of people don't belong in a "shared economy." Most people don't have the stomach, the discipline, the fortitude, the chutzpah of an entrepreneur, and are grossly incapable of taking care of their own lives, let alone their own business.

There is a huge population for which the traditional employment model is not only beneficial, but necessary.

Will traditional employment succumb to the shared economy? I don't think so.

What will happen is that a lot of people will find supplemental income via the shared economy, just like E-Bay has become a new retail storefront for many.

So the "shared economy" may supplement traditional employment.

But these new micropreneurs will become disenfranchised once something bad happens - like a work accident - and they have no recourse or remedy.

Perhaps the laws don't need to change. Perhaps they are structured the way they are because we learned a hundred years ago as this country evolved through the Industrial Age that we have this pretty much figured out.

Isn't that why work comp came about in the first place

Sure, "shared economy" is a neat buzz phrase that's been marketed by Silicon Valley.

It doesn't mean anything to The Law.
Posted by Unknown at 4:11 AM