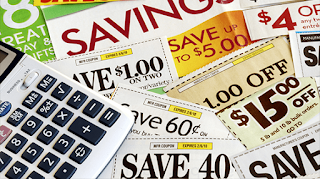 There were two camps - those who were offended by the alleged behavior of the opt-out employer, ResCare, and opt-out fans who derided Bob Burke (Rachel Jenkins' attorney and Oklahoma state constitutional challenger) and/or said that the "facts aren't as alleged."

I even had a broker/consultant offer to sponsor me for a couple of days to talk to Texas and Oklahoma employers, and in particular their employees, about their opt-out experiences.

I said that there likely was another side to the story.

Everyone missed the point, though, and that is the case is a public relations mess, even if the facts as alleged are not accurate, because the rally cry of opt-out proponents has always been that its better for the injured worker.

Maybe it is, maybe it isn't. I don't have the data and the facts to either substantiate that claim or challenge it. Opt-out employers are notoriously secret about their programs, and since opt-out can not succinctly claim the exemption from the Health Insurance Portability and Privacy Act that workers' compensation enjoys, privacy is a concern to those employers notwithstanding any need to prove themselves.

I waffle on whether opt-out is good or bad. It grows out of business' desire to have more control over the money spent for work injury protection. But it also clearly divides Business and Labor because of that desire for control.

And the opt-out movement is spreading in the South, as forecast, with attempts in Tennessee (on the legislative back-burner now until next session) and South Carolina, in sights for 2016.

ARAWC is well funded, with sponsors such as Wal-Mart Stores, Nordstrom, Safeway, Lowe's, Macy's, Kohl's, Sysco Food Services and several insurance companies. The group has the connections to move rather aggressively in the Southern states.

ARAWC Communications Director Brent Buchanan told WorkCompCentral that a bill in South Carolina should be filed before lawmakers adjourn the 2015 session to be ready for 2016.

A big argument of opt-out opponents is that the bills that get proposed lack "transparency," apparently referring to an inability for state regulators to monitor and measure these systems.

Trey Gillespie, senior workers' compensation director for the Property Casualty Insurers Association of America, told WorkCompCentral that the organization opposes the Tennessee and other bills because they lack transparency and don't provide levels of worker protection provided by workers' compensation laws.

"These proposals follow the Texas model, which lacks the transparency," Gillespie said.

We can all go back and forth as to the relative merits of an opt-out system versus traditional workers' compensation, but that is all irrelevant.

The issue is not whether opt-out should or shouldn't be offered. The issue is that traditional workers' compensation is under attack, for many reasons, and this industry should be concerned.

Traditional workers' compensation is under attack for two very basic reasons, all of this own industry's making: it costs more than employers think it should, and those who are to be benefited by such systems don't get the protections needed.

Lest anyone think differently, that simply the message that the ProPublica series, the OSHA report, and several other major newspapers have been postulating.

In other words, workers' compensation has a tough time convincing its stakeholders, employers and their workers, that it has any value.

Value is a perception call - to the consumer value means that the service or product is worth the cost or expense.

To the bottom line consumers of workers' compensation, the cost of providing what the law says must be provided doesn't match expectations.

Opt-out has a big chance to change that equation, to prove value, to show that it can take care of injured workers much better than traditional systems at a lower cost to employers.

But sending a denial letter to an injured worker based on a timeliness technicality greatly challenges the credibility of opt-out in a very big way.

To win over Labor only two promises need to be kept: that timely, effective medical treatment be provided without delay or interference; and that sufficient money flow to the injured worker to meet bills while mending, and to provide some offset for loss of earnings where full recovery failed.

I don't think that those who represent working people really care that much about WHO directs medical care, so long as it is provided quickly, and the treatment is effective. The managed care model can work very well, but Payers need to get out of the way when a treatment plan doesn't meet their desires.

Work Injury Protection, my euphemism for anything that provides medical coverage and indemnity to those injured while working, can be provided in many different forms. Opt-out is not necessarily a bad thing; it is an option.

But to prove that it is not a bad option, it needs to show that it IS good, which means data, anecdotes, testimonials (and not just from employers and their brokers).

The mission is very simple - take care of the worker. Do that without the interference of every snake-oil salesperson that shows up along the benefit delivery trail with a "solution" for a problem that doesn't exist.

In work comp parlance, those "solutions" are called "friction points."

And close the claim without leaving unnecessarily high reserves on the books for treatment that will never be requested...

Sure, this is a Polly-Anna, simplistic view. There are many challenges and exceptions. But we don't use common sense anymore.

Opt-out will continue to be a threat to the traditional workers' compensation model. And the opt-out industry will expand, aggressively, to other states, particularly if it consents to inspection, measurement and management.

Don't think for a moment that proponents haven't learned a valuable marketing message in the ResCare/Jenkins debacle.
Posted by Unknown at 4:35 AM