Who's Got Big Balls? 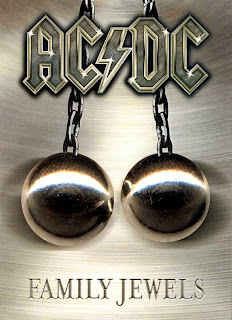 "My breasts are worth less than your testicles."

With that observation, California Assemblywoman Lorena Gonzalez, D-San Diego, convinced the Insurance Committee on Wednesday to pass Assembly Bill 305, which she introduced as part of the "overall fight for equality in the workplace."

AB 305 would amend the Labor Code to declare the impairment rating for breast cancer can't be lower than the comparable rating for prostate cancer.

The bill would also prohibit apportionment of permanent disability for a physical injury from being based on pregnancy, menopause or osteoporosis "if the condition is contemporaneous with the claimed physical injury. For psychiatric injuries, the bill would prohibit apportionment of permanent disability based on sexual harassment, pregnancy, menopause or osteoporosis.


The "fight for equality" in impairment ratings has been going on for a few years, but it really started about 10 years ago as a consequence of the government's failure to follow its own laws.

SB 899, which was the momentous "reform" law under Governor Schwarzenegger's administration back in 2004, introduced the AMA Guides 5th as the default impairment schedule.

That law was widely criticized for decimating the permanent disability indemnity benefit.

But SB 899 also mandated that the Division of Workers' Compensation amend and update the Permanent Disability Rating Schedule every 2 years, after empirical study, to account for inequalities that arose from the changes.

That never happened. The mandate was ignored. The government violated its own laws and requirements.

SB 863 came along a couple of years ago, and raised the indemnity rate, but did not change the PDRS.

The mandate that the PDRS be revised mysteriously disappeared from the Labor Code.

So, because the government can't do the job the law required it to do, the People see a need to do it for them with piece-meal legislation that will no doubt invite dispute, cause more "friction" and create more costs, while injured workers sit, again, on the sideline waiting for something to happen so they can move on with their lives.

This point was acknowledged by Mark Rakich, chief consultant to the Assembly Insurance Committee.

Rakich said whether a condition and an injury are contemporaneous is likely going to have to be a "fact-based determination" made case by case.