Sticking It To SSA 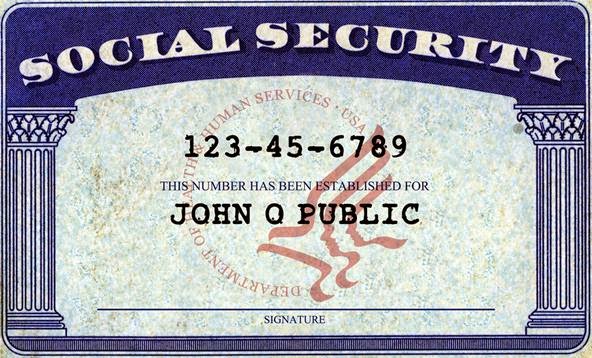 I have a problem with this.

How many of those 1.8 million on the SSD roles are the sequelae of workers' compensation benefits that were cancelled as a consequence of TTD duration limits under a state's law?

I suspect a large portion...

Which means that the Federal government, through Social Security, is doing the job that private and state workers' compensation programs should be doing.

And it costs you, me and your neighbor.

I'm surprised, frankly, that the Social Security Administration has not sued states, such as California, for reimbursement and/or to declare the artificial capitation on benefits illegal under federal law. Or at least hasn't been more aggressive in seeking reimbursement like Medicare has done - it does have the power to do so...

Based on the numbers that SSA published, it seems that SSA is owed about $12.2 BILLION each year from workers' compensation programs that pass the buck onto the Social Security system.

According to Social Security expert, Rafael Gonzalez, vice president of strategic solutions at Helios Settlement Solutions in Tampa, Fla. , the Social Security Act and the Internal Revenue Act have been amended over time to now permit the offset of Social Security Disability Benefits against workers' compensation disability indemnity until full retirement age.


But this only applies up to a certain age and how it is accounted for is different depending on the state.

"In 35 states around the country, it is the SSA that is statutorily permitted to reduce Social Security benefits when the claimant or disabled worker is also receiving workers’ compensation benefits," Gonzalez recently posted. "However, in 15 states (states that already had an offset or reduction law on their books prior to the federal law creating such an offset in 1981), it is the employer or carrier paying state workers’ compensation benefits that enjoys the reduction or offset. The 15 states with such reduction rights are: Alaska, California, Colorado, Florida, Louisiana, Minnesota, Montana, Nevada, New Jersey, New York, North Dakota, Ohio, Oregon, Washington, and Wisconsin."

So while these laws affect persons who reach retirement age and are still receiving disability indemnity benefits (likely more often than not, permanent disability), there likely remains a big chunk of money that the federal government is giving away to the carriers and employers that have shifted their responsibilities, via state law artificial constriction on the duration of temporary total disability indemnity, onto the over-burdened Social Security system.

Maybe I'm wrong about this because I'm no expert on Social Security, and perhaps Rafael will correct me if I am in error, but it seems to me that Loretta Lynch will eventually assign this matter out to a deputy to instigate litigation and bring responsibility back to where it belongs.

At some point in time the SSA is going to wake up, and we know the legend of waking sleeping giants. It won't be pretty.
Posted by Unknown at 3:52 AM