I was flying along at 37,000 feet, using United Airline's GoGo Internet service in flight to New Orleans for the Self Insurance Institute's Workers' Compensation Executive Forum.

A month ago I wasn't scheduled for this conference, but our Marketing Director talked me into attending since I was going to NCCI's Annual Issues Symposium in Orlando that week - New Orleans is on the way....

As I was staring at a Google Drive spreadsheet trying to figure out the formulas I would need to model a new business process an email from Mark Walls, VP Communications & Strategic Analysis for Safety National arrived: "Did you change your flight tomorrow?  If you did, I want to pull you into the Issues to Watch session tomorrow from 2-3pm."

Nope. Principally because I'm cheap, and I didn't want to lose the money I had already spent for a non-refundable flight from New Orleans to Orlando.

That wasn't an objection to Mark.

An email to the WorkCompCentral worldwide headquarter's travel department generated a change of flight schedules. That was easier than I had anticipated.

For some reason that prompted a recollection of a philosophical article I read a while back by Oliver Emberton. He describes himself as, "Founder of Silktide, writer, pianist, programmer, artist and general busy bee."
His observations are acutely accurate, and sometimes painful.

He writes, life isn't unfair, we just don't play by the rules. 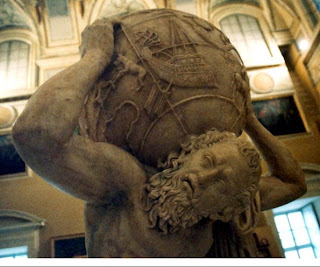 In short his observations are based on three principals.

1. Life IS a competition: My staff knows about this. Just ask them what I think about AYSO mentality. That email was brash and offensive, and in a big company would have gotten me into A LOT of trouble - fortunately my staff knows me well. They got the message hidden within my emotions and forgave  my stupidity.

2. You're judged by what you do, not what you think: I'm in an odd position, because a lot of what I do entails what I think. I write and I speak. Sometimes that gets me into trouble. Most of the time I, quite honestly, am baffled that folks find value in what I write and speak - but that's what I do.

A friend of mine, who consults employers about workers' compensation, is a big Atlas Shrugged, by Ayn Rand, fan. He comments that he first read it in 1973 and reads it at least every couple years since.

He says that at first he was taking on a world mission to "bring the message," but that as he got older, more mature, more experienced in life, he realized that Rand was just a shaman - telling stories and scaring people with tales of the "boogey man."

"She sets up straw men so she can knock them down."

But the one thing my friend says he did hang on to was the simple advise, when the world pressed down harder, was to tell Atlas to "shrug his shoulders."

Thus, the title of the novel - 'Atlas Shrugged'.

I had been whining to my friend about all of my life's complications, the pressures, the expectations (mine and others), and other matters largely irrelevant (in hindsight) to life.

"You THINK you have 30 employees, independent contractors, and bills to pay. No, you don't. You have yourself to be true to," my friend advised.

"All you have to do is to BE you - and everyone else will have to be okay with that. If you think what you're doing now is important then keep doing it," he said. "If not, go do what you think is really important. It's never going to get any better than putting on jeans and a T-shirt and hanging out with your friends and family."

The panel presentation today is "Workers' Compensation Issues to Watch."

Okay - I have no idea what is going to come out of my mouth this afternoon. But likely it will entail this theme: workers' compensation isn't fair, and we don't play by the rules. Life is a competition, get over it. We ARE judged by what we do - ProPublica, OSHA, the Texas Tribune, L.A. Times and countless others have painfully pointed this out.

And our idea of fairness is all about self-interest.

I didn't pack a coat or tie, but fortunately I did bring some WorkCompCentral logo'd tropical print shirts.

Oh, I apparently also had Southwest credits, so the change in flights didn't really cost that much more money...
Posted by Unknown at 4:35 AM