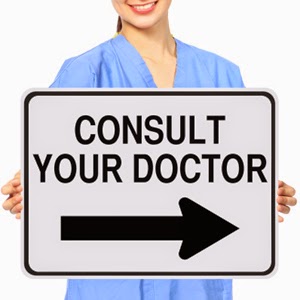 Access to medical care is usually debated in terms of geography or process approval - injured workers in more rural areas have greater difficulty getting to a physician because of geographical limitations, or a particular treatment request has to go through the approval/denial process before a physician will execute a treatment plan.

But applicant attorney and radio talk show host Alan Gurvey, in a recent WorkCompCentral opinion piece, points out a much more sinister and debilitating access issue: California Medical Provider Networks in accepted cases are themselves an access to care issue.

MPNs were invented a dozen years ago to allegedly bring efficiency into workers' compensation medical treatment by consolidating physician practices into a managed care setting, but as recently observed by the California Workers' Compensation Institute, their effectiveness is questionable, if not outright negative.

Though the report hasn't been released yet, CWCI president Alex Swedlow did provide some preliminary conclusions.

In the PPO era, Swedlow observed, the average cost per claim was about $9,321 for services provided by a network provider, compared to $11,065 for non-network provider services, a difference of about 16%. During the transition period, the cost of in-network services increased to about $9,843 per claim while out-of-network costs decreased to $10,290, a difference of about 4%, Swedlow said.

In the current era of MPNs, the difference between network and non-network costs is down to about 3%. The average cost per claim is now about $13,654 when services are provided in-network and $14,061 for non-network services.

So much for "savings."

Part of the reason "for that collapse in savings" could be attributed to the growing number of claims that are being treated in the networks, Swedlow said; MPN administrators are "finding it somewhat difficult to scale the size of the network to have the same kind of superior results among a wider list of physicians."

Or maybe, as anecdotally alleged by Gurvey, it's a communication issue that starts at the claims administration office - he says that it is nearly universally impossible, in his experience, to get authorization for treatment within an MPN on an accepted case without going through weeks of failed communications until a proverbial gun is held to the head of the administrator by way of expedited hearing to get approval.

And there is still the issue of having a physician within an MPN who actually will take a work comp case, and then know what to do with it given the Byzantine complexities of treatment rules, regulations and guidelines.

Gurvey says, "it seems that the MPN system is set up as an intentional way to cause confusion, unresponsiveness, inappropriate treatment, unreasonable delays, and cost containment, without concern for the injured worker," and that the MPN structure needs reexamination.

If CWCI's preliminary indications are correct, then frankly MPNs don't make any sense. It was an experiment that failed the practicality test.

And this is supported by the Workers' Compensation Research Institute's recent findings that medical fee schedule scrimping exacerbates alternative billing - in other words, whack-a-mole.

“When (providers) lose revenue because of the … reforms, they would really have added incentive to try to find a way to retain the revenue that they used to get. So they keep playing with the system, playing with the rules,” WCRI researcher Dongchun Wang said during a webinar presentation yesterday. “I just want to emphasize how important it is to evaluate the impact of reforms and to try to identify those unintended consequences and address them promptly.”

So not only is there a shortage of physicians that are willing to operate within California's preferred method of medical delivery, those that do so are motivated to operate at fuzzy borders because of perverse payment rules and obstacles.

The reality is that a workers' claim for compensation isn't a commodity, isn't something that can be dealt with on a wholesale basis - though administrator executives would like that.

Claims administration is a laborious, skill-intensive manual process that requires human decision making on a case by case basis.

These are symptoms of failing to take care of the claim - correctly from the outset, by skilled, knowledgeable, educated, compassionate and empathetic humans.

Which by the way is another "shortage," but that's a post for another day.
Posted by Unknown at 4:33 AM