What Did You Learn?

I'm heading to Boston today for the Workers' Compensation Research Institute's annual wonk-fest: more information, data and analysis of a high order about workers' compensation insurance and the institution of work injury protection under one roof than any sane person would attempt to consume in a single setting.

I plan on learning something new about how fee schedules affect behavior, about why outcomes differ across state lines, about opt-out and why, or why not, it's misunderstood, about the new trend of "shared economy" and its threats or promises, among other things.

I'm encouraged by the Alliance of Women in Workers' Compensation (a part of Women Executives in Workers' Compensation) timely meeting the day before the conference, taking to task the industry's dispute-based claims model and to demonstrate how an advocacy-based administration model not only produces superior results, but lowers claims costs and represents a solid business model. 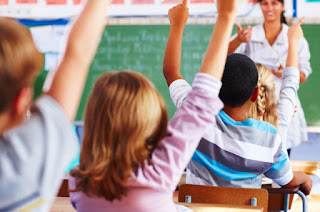 But mostly, I'm inspired by the hundreds of professionals that have in mind the health of the workers' compensation institution and what it means to the overall economy.

This is what I'm reading in the general business news media: the world economy is suffering; the United States economy is generally healthy, but perhaps not healthy enough to pull the rest of the world up; and American manufacturing is seeing a resurgence, but without the attendant labor increase as in the past because of advanced automation.

Oh, and the political parties have sunk to new, all time lows, in presidential campaigning - perhaps reflecting the angst the electorate feels with do-nothing elected officials more concerned with re-election than running a government.

Workers' compensation in the modern economy may seem less relevant because there are fewer people who stand the chance of getting hurt on the job. And that's troublesome because workers' compensation has historically had very little relevancy to anyone, either working or employing, until something bad happens at work - then there's plenty of blame to go around even though work comp is allegedly a "no fault" program.

Those that do get hurt on the job face worse prospects than ever with decreasing (relative to inflation) wage replacement, increased scrutiny of medical care, and lower expectations than ever that there is stability in the work place, let alone compassion in work comp.

How do we, as an industry, steer the ship from the focus on cost and expenses to compassion and caring?

How do we reward professionals for doing the right thing in the face of innumerable obstacles?

How do we incentivize workers' compensation vendors to look beyond the next quarter's financials and make long term rewarding plans that benefit the institution, not just Wall Street?

Mostly, how do we protect the primary stakeholders, employers and their workers, so neither is left "holding the bag" after the table cloth has been pulled from the negotiating table?

There are certainly plenty of details to attend to in the field of workers' compensation, and plenty to learn.

As a child, every day I came home from school Mom would ask what I learned. My head would be so full and ready to explode that it was overwhelming, "nothing." I simply couldn't answer!

Work comp is no different - when we learn to go back to basics the institution of work comp makes incredible sense, and is likewise sensical in its administration; back to basics...

I think that's the overall WCRI theme: Understanding Today to Prepare for Tomorrow.

It's also the basis of AWIWC's pre-conference: Creating an Advocacy Based Claims Model.

Just go back to the basics that were established over 100 years ago and everything makes perfect sense.
Posted by Unknown at 4:08 AM