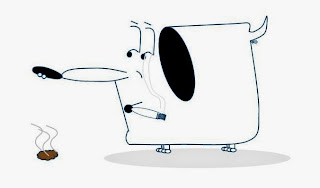 Workers' compensation and trust - the two go together like the proverbial peas and the pod.

Or I should say, "mistrust," not trust.

The fact that mistrust permeates so much of workers' compensation is intolerable, but frankly completely understandable ... since the perception of mistrust is perpetuated by that one stakeholder responsible for setting the rules and then enforcing them: the government.

Anonymous doctors. Reviews based on "the case file and all medical records." And a governmental agency more intent on maintaining a policy of obscurity rather than transparency.

It wasn't until a recent public slip by a staff attorney during the Division of Workers' Compensation's educational conference in Los Angeles last month that the there was any indication the division had issued orders to show cause for tardy supply of records to Independent Medical Review contractor Maximus.

The division responded to a public records request by WorkCompCentral with copies of Orders to Show Cause why enforcement penalties should not be assessed against various carriers and third party administrators, but otherwise desires to remain mute.

"The Division of Workers’ Compensation is pursuing its legal remedies regarding the various Orders to Show Cause and is engaged in discussions with claims administrators regarding the penalties set forth," Erika Monteroza, DIR spokesperson, told WorkCompCentral. " Such discussions are confidential under California law. It is inappropriate at this time to provide any additional information."

The vast majority of the carriers and TPAs contacted by WorkCompCentral for this morning's story on these transgressions are also staying quiet following the time honored, legal-counsel-directed, public relations tactic, that it's better to say nothing and have others assume fault or guilt than to admit something and take responsibility...

Kudos, however, to the California State Compensation Insurance Fund for manning up and not only taking responsibility, but pointing out the farcically ludicrous process that medical care review has become under California law.

The State Fund faced $510,000 in penalties for 102 cases in which it allegedly sent records late, according to an Aug. 17 order to show cause.

But the carrier says at least 30% of its alleged violations were cases in which it had proof that medical records were submitted on time, suggesting Maximus does not know what records it has actually received.

And the carrier admits the evidence of late records in the other cases demonstrate that the State Fund has more work to do on its processes. Bully for State Fund - acknowledging the problem, admitting to an issue and taking action.

That's the reaction needed - the purpose of the enforcement phase of governmental action is strong encouragement of compliance; not the collection of fines.

Compliance is a dirty word in workers' compensation. Ask nearly any front line claims adjuster at nearly any large carrier or TPA and they'll tell you that the bulk of the pressure felt doing their jobs is compliance based - dotting "I's" and crossing "T's" - rather than administering benefits with care and compassion.

Compliance based claims administration assumes people won't "do the right thing," for whatever reason. It also perpetuates dispute and mistrust.

Why is administrative enforcement of one of the most contentious pieces of California work comp sacrosanct against public review?

Another arm of the Department of Industrial Relations, Cal-OSHA, has no problem calling out the non-compliant. The Grace L. Ferguson Airline and Storm Door Co. (fictitious companies) leaves a broom two inches too close to a fire escape, and all the documents relating to the Cal-OSHA citation are available online. Hell, Cal-OSHA issues a statement with quotes and all talking about how dangerous that broom was.

But a TPA takes 110 days to submit medical records for an administrative review process of medical necessity with no patient examination, the results of which by law remain in effect for 12 months, and the DWC can't say peep.

Trust is a top down characteristic. Communication is the foundation of trust. Brutally honest communication.

Instead the government perpetuates obfuscation.

Leadership of DIR has stated commitment to transparency.

It's unclear to me which dictionary they use to define "transparency."
Posted by Unknown at 5:21 AM