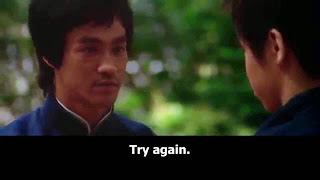 There seems to be some steam building behind a movement that has taken too long to get going: advocacy based claims management.

In short, advocacy based claims management (ABCM) is just doing the right thing.

The movement is spearheaded by top professionals in work comp, and in particular the Alliance of Women in Workers' Compensation, which is hosting a conference in conjunction with the Workers' Compensation Research Institute's annual meeting in Boston on March 9th, titled “Creating an Advocacy-Based Claims Model."

The promo for the related ABCM webinar that will broadcast March 15 reads:

"For years, workers’ compensation has been driven by conflict. Payers often look for ways to dispute claims rather than focusing on finding ways to provide useful benefits for the injured worker. Because of this, injured workers retain attorneys who they feel will protect their interests. This conflict drives up costs within the system and slows the delivery of benefits."

There's probably quite a few of you out there that are saying, "well, duh." Of course workers' compensation's focus on compliance rather than compassion drives up costs - that's a fact that has been well documented for decades.

So what's new now? Why all of a sudden a movement to change that culture and philosophy.

Maybe it's just the right thing to do.

It wouldn't seem that a movement would be necessary given all we know about disputes in work comp, but the anti-claim culture is deeply rooted, and has been cultivated for decades.

Mistrust is so pervasive in workers' compensation that too often one is guilty until ordered innocent, and by then disabilities (both physical and psychological) have manifested in a profound manner, unfortunately supporting entrenched vendor interests.

The hosts of the webinar, Mark Walls of Safety National and Kimberly George of Sedgwick (full disclosure - both friends of mine), say you'll learn what it is, how it works, what the obstacles are, how to get all of the vendors on board, and ultimately how a business model can be made to support this culture change.

Will some people take advantage of this perceived generosity? Sure - they already do though. We punish everyone for the misdeeds of others. Rather than fix the leaking pipe, we shut down the entire water supply...

The fear of entrenched vendor interests, of course, is reduction in the relevancy of one's services. But, as I have said in the past, if you don't like the business of workers' compensation then the prudent business decision would be to take your services and goods to another industry...

Workers' compensation isn't broken and doesn't need fixing. It can work as intended. But we let the design get in the way, a design that has, over years of "reform," misconstrued the intent.

There's a lot of noise between benefits and recipients - noise created in response to design...

ABCM is really about fixing the culture that fosters all of that noise, in spite of design, to get back to intent.
Posted by Unknown at 4:45 AM