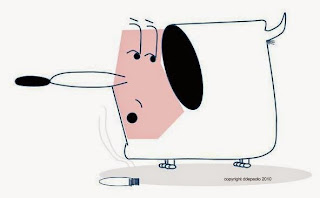 There are now two independent reports out that call into question administrative and lawmaker's early assertions that the 2012 reform in California, SB 863, has met target goals.

One goal was to reduce friction in the California work comp system by interposing new administrative paths for various specialty disputes, such as the resolution of medical treatment requests. Another was to reduce costs in the system to pay for benefit increases by building roadblocks for vendors such as independent bill review and lien filing fees.

In the first instance, at least, the law encouraged payers to escalate their spending in response to the bureaucratic burden. In the second instance, it seems, that when push comes to shove those claiming unpaid balances on their vendor bills aren't discouraged by paying a lien fee.

Carriers and self-insured employers paid an estimated $7.647 billion in loss-adjustment expenses, commissions, acquisition fees, general costs and taxes in 2014, according to the Commission on Health and Safety and Workers’ Compensation's 2015 annual report.

Though not the first time that administrative burden has exceeded actual benefits in California, the rapid pace of growth stemming from SB 863 is a worry.

A breakdown of expenses by category in the report shows loss-adjustment expenses -- which include costs for IMR and UR, bill review, defense attorney fees, overhead and other costs associated with handling insurance claims -- are the fastest growing component of expenses.

In the meantime, the volume of liens filed is nearing pre-reform levels, having doubled in 2015, according to the Workers’ Compensation Insurance Rating Bureau.

Most of the volume increase was due to medical, and yes, Los Angeles County's reputation for leading the rest of the state in medical costs is reflected in the lien stats.

The rest of the state wasn't immune from lien filing increases though.