Can't Give it Away 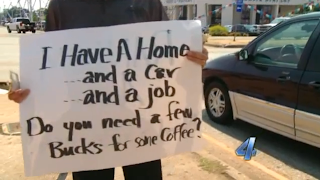 The government said it would be a simple process and provide additional money to those most affected by an industrially related disability.

Employers thought the process would be rift with fraud, abuse, and malfeasance.

Workers thought it wasn't enough, that what was there would never make it to them, and that it was simply inadequate.

The SB 863 supplemental return to work program was a quickly negotiated, last minute deal to get the infamous California reform bill through the legislature and onto the governor's desk for signature.

That mission was accomplished.

The question then became how to administer the fund. There are only two sentences in the reform bill about the fund, leaving discretion to the Department of Industrial Relations, Division of Workers' Compensation, to figure it out.

The issue was debated long after SB 863 became law, and ultimately the DWC came up with a relatively simple plan - just give $5,000 to each applicant that qualifies.

But the distribution of that money has been slow - in its first 10 months, the program issued 3,955 benefit checks of $5,000 each, for a total of $19.775 million, according to data provided to WorkCompCentral by the DIR this week.

At the Commission on Health Safety and Workers' Compensation meeting last week, commission member Doug Bloch asked about the number of workers receiving the benefit and suggested that if the projected number of applicants isn't being met then the amount of the benefit should be increased.

However, the number of applicants for the money has been steadily increasing - is this a matter of education, qualification, edification, or other "tion"?

Some suggest that the program isn't automatic enough - that there should not really be any "application" process because too many injured workers don't have the wherewithal or resources to apply and may not even know to do so.

Others suggest that the Administration is just being stingy with money that isn't property of the government.

The DWC sent out press releases in English and in Spanish when the program launched last year. The program has its own web page. And a paragraph was added to the first page of the Supplemental Job Displacement Benefit Voucher form to notify injured workers of the benefit.

Of the 4,454 RTWSP applications received as of Jan. 31, 4,345 had been processed and of those, 90% were determined to be eligible for benefits. The remaining 10% were found to be ineligible, either because the worker was injured before Jan. 1, 2013, or the application was incomplete or a duplicate.

The program is funded by employers to a total annual amount of $120 million. Per LC 139.48, this money is to come from "non-General Funds of the Workers' Compensation Administration Revolving Fund." LC 139.48(a) adds, "Moneys shall remain available for use by the return-to-work program without respect to the fiscal year."

The Department has interpreted this provision to mean that every year the fund is replenished to $120 million.

Like most everything in California work comp, the proposed simple process of getting money into the hands of injured workers is surprisingly complex - I won't go into details but section 10.71 of Sullivan on Comp describes the process: notices, qualifications, reviews, appeals.

There are two problems with the supplemental fund: 1) money is being paid by the employer community 2) that isn't being distributed to intended beneficiaries.

I'm sure we'll figure out how to resolve the problem with something much more complex.

What really should be done is the program eliminated and that money accounted for in permanent disability indemnity - like what should have been done in the first place.

Really - if you can't give away free money then there's something drastically wrong with the program. It's an additional layer that gets in the way of itself.
Posted by Unknown at 4:52 AM