A useless statutory mandate is one that has no enforcement mechanism. The word "shall" is typical in the useless mandate structure.

The California legislature likes the word "shall," particularly in workers' compensation. It sounds tough. Too often, however, that tough-guy emperor has no clothes...

One of the most egregious examples of a useless statutory mandate was one imposed on the Division of Workers' Compensation by SB 899 to update the Permanent Disability Rating Schedule at least every five years. 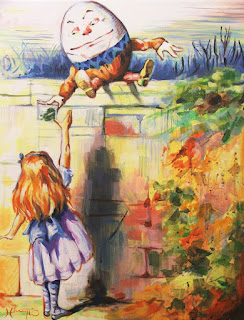 Yeah, right. "Make me," was the tone from DWC, because there was no enforcement mechanism - no fine, no funding constriction, not even a slap on the wrist. The mandate was pointless, and ergo, completely ignored. The PDRS was never updated and the mandate provision was removed by the legislature in the next reform round.

The mandate is so vague, so utterly incomplete, that there is an even split within the one-commissioner-down Workers' Compensation Appeals Board as to what it means.

Commissioners Marguerite Sweeney and Frank Brass, along with Chairwoman Ronnie Caplane, have taken the position that "shall" denotes a mandatory requirement. They say that a failure by Maximus to issue an IMR decision within 30 days means that the WCAB gets to make the decision.

But Commissioners Kathy Zalewski, Deidra Lowe and Jose Razo opine that the absence of an enforcement mechanism for the 30-day time limit is an indication that the deadline is "directory" or "discretionary," and that there is nothing in the Labor Code that makes an IMR decision invalid if its not issued within 30 days, and there is no statute that allows medical treatment disputes to be determined by the WCAB if Maximus misses the deadline.

Now there are two different appellate jurisdictions taking up the issue.

The Third District Court of Appeals had already taken up the case of Southard v. Hallmark Greeting Cards, and the Second District just announced it has granted review in California Highway Patrol v. WCAB (Margaris).

The Southard matter has been pending at the 3rd DCA for almost five months, and the court has yet to set a date for oral argument.

The 2nd DCA is moving more quickly and has ordered Margaris and her attorney to file responses to amicus briefs by Thursday. It has also directed the WCAB to respond to the State Fund writ petition by April 20, and it has set oral argument for June 13.

There's debate whether this issue is now moot since Maximus is getting better at issuing decisions timely - but that's not the point.

Forget about whether failure to adhere to the law results in a default back to the WCAB making a medical decision.

The real issue is that regardless of the law, mandates needs to be backed by an enforcement mechanism.

Anything less and it's not a mandate - maybe Commissioners Zalewski, Lowe and Razo are right...