Last week I published a couple of posts on bad faith lawsuits in workers' compensation - whether they belonged or not.

The first post was an overview of states that allowed civil claims against workers' compensation claims payers to correct against or punish for misbehavior where the administrative remedies either failed or were inadequate; versus those that didn't.

I asked for reader opinions and though a bit premature in publishing because I received even more responses, the vast majority (90+%) of you said that there was a place for "bad faith" lawsuits.

And those responses came from a wide range of professionals - attorneys, doctors, claims administrators, brokers and insurance executives.

The timing couldn't have been more surreptitious as the Texas Supreme Court weighed in with their opinion on Friday. 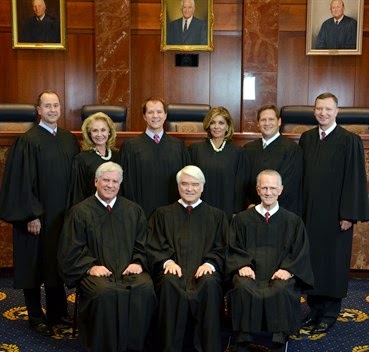 Texas' Supreme Court, in its Ruttiger case of 2012, eliminated the ability of workers to assert claims against comp carriers for breach of their common-law duty of good faith and fair dealing when adjusting claims, and eliminated liability under the Insurance Code for unfair claims-settlement practices or for failing to adopt reasonable standards for investigating claims.

That still left doors open for other legal theories ... or so folks thought.

Those doors have been closed for good now. Friday the Texas Supreme Court essentially granted workers' compensation claims payers the same exclusive remedy enjoyed by employers that are subscribers to the system; in Texas, workers' compensation carriers and administrators really do step into the shoes of the employer ...

In 1998, two massive explosions rocked the American Smelting and Refining Co. facility in Amarillo. These explosions blew molten metal and chemicals onto Glenn Johnson while he was operating a forklift.

Glenn sustained burns to almost 50% of his body. Doctors had to amputate his left arm, and he lost the use of his right arm and hand.

He was hospitalized for seven months, much of that time in intensive care, and required 24-hour nursing care after he got home.

The Old Republic Insurance Co. was the employer's carrier and it contracted with Crawford & Co. for claims administration.

From the start, the carrier and claims administrator allegedly "set out on a deliberate course of unfair and deceptive conduct," seeking to "delay and deny benefits" due to Glenn, in accordance with a self-described "battle plan," according to Glenn's civil complaint.

Johnson and his wife Natalie claimed that Old Republic and Crawford wrongfully denied Glenn mental health care, refused to purchase the home-gym equipment recommended by his doctor, failed to pay for prescription medicine and short-changed Natalie for her attendant care services to Glenn.

The Johnsons also say that Old Republic and Crawford paid investigators to follow them, who "intentionally manipulated" their findings to create "an aura of wrongdoing," which resulted in the arrests of Glenn and Natalie for workers' comp fraud in May 2004.

It took two years for the Johnsons to clear their names, and after prosecutors dropped the charges against them, they filed suit against Old Republic and Crawford, asserting claims for negligence, fraud, intentional misrepresentation, conspiracy, malicious prosecution, the intentional infliction of emotional distress, breach of contract, bad-faith and violations of the Texas Insurance Code and the Texas Deceptive Trade Practices Act.

Crawford moved for dismissal of the entire complaint, based on Ruttiger.

Potter County District Court Judge Douglas R. Woodburn agreed that Ruttiger barred the Johnsons from proceeding with their bad-faith and Insurance Code claims, but he set a trial date for their remaining causes of action.

Crawford then sought mandamus relief from the 7th District Court of Appeals, but it was denied last March.

The 7th DCA reasoned that the Texas Supreme Court's decision in Ruttiger "was concerned with determining whether the existence of a common law claim for the breach of the duty of good faith and fair dealing was inconsistent with the current legislative/administrative workers’ compensation scheme."

Since a malicious prosecution claim “does not serve to protect, secure or timely resolve disputes involving the availability of workers’ compensation benefits due a claimant,” the 7th DCA reasoned that Ruttiger wouldn't bar such a claim against a comp carrier.

However the Supreme Court took a different view and said Friday that questions on the applicability of the comp act "does not depend on the label of the cause of action asserted," nor "on the nature of the relief the claimant seeks."

The point of Ruttiger, the court said, is that the act "provides the exclusive process and remedies for claims arising out of a carrier’s investigation, handling, or settling of a claim for workers’ compensation benefits."

So there you have it - in Texas a workers' compensation claims payer, be it insurance company or third party administrator, really does acquire the same characteristics of exclusive remedy as its insured employer.

This is the best news of the century for the Texas insurance industry.

It's also the most frightful period of time for the working population in that state.

Making the Texas Department of Insurance and Division of Workers' Compensation administrative penalty process the only remedy is the proverbial fox in the henhouse situation. Administrative penalties are a cost of doing business.

Sure claims payers don't like administrative penalties, but nothing gets the attention of shareholders, Wall Street and the investment community like a nice big award of punitive damages - that's when behavior changes.

And even if there were an increase in administrative penalties and the application of them, political pressure will starve DOI and DWC of enforcement funds.

What strikes me about this ruling is not the issue of penalties or injured workers' rights, or any of the other esoteric issues we usually argue about in the workers compensation industry.

The crux is that there is one participant in work comp that has no options: the injured worker.

The injured worker is forced to participate in the work comp system. There is no option.

Thus the injured worker is required to go through the provider network that the carrier or administrator put together. There is no option.

The claimant's medical must follow guidelines, and treatment requests must be reviewed. There is no option.

And now in Texas if a claimant has had wrong exacted upon him or her there is no avenue for relief, further cementing option necrosis for the injured worker.

There is no option.

In Texas, now Oklahoma and likely Tennessee, an employer can opt out of the workers' compensation system.

But employees don't have that choice.

Maybe that should change. I have some ideas that I'll pitch in a later post.

In the meantime, don't get hurt in Texas.

And invest in Texas workers' compensation carriers and administrators.
Posted by Unknown at 4:33 AM