I could write this morning about the California Workers' Compensation Rating Bureau's Actuarial Committee hearing Wednesday where preliminary data presented suggests a mid-year rate cute recommendation assuming that adjusted loss allocation expenses don't erase all of the cost reductions in the past year.

Or I could go on about the California Workers' Compensation Institute's annual meeting occurring today in Oakland, CA, and their report released yesterday that claims administrators on average scored a 97.2% in utilization-review performance ratings conducted from 2009 through 2013.

And there's the story of New Mexico's requirement that drug dispensers report information to the state prescription-monitoring database on a daily rather than weekly basis is part of a growing trend across the nation.

But what piqued my interest this morning was a Virginia ruling that a worker does not need to be physically harmed in order to get compensation for a psychological injury.

Psychological injuries are, perhaps, the most varied of all injuries in state workers' compensation systems. Some states (not many) don't recognize psyche only injuries whatsoever. Many states require that a claim of psychiatric or psychological harm be accompanied by some traumatic event or physical sequelae. Most states have some sort of qualifying standard and/or limitation on psyche claims. 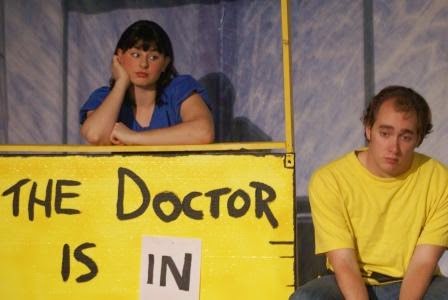 The limitation on psychiatric injury claims is the product of both abuse in the past by folks making illegitimate claims (provoked perhaps by litigation advantage or unscrupulous doctors) and a lack of understanding (or perhaps compassion) of emotional trauma and functioning.

Of course, all the while we recognize pretty generally that a good head is essential to successful return to work outcomes.

In the Virginia case, Samuel Paul Jackson, a longshoreman accidentally ran over a coworker, Paula Belamy, with a forklift, causing gruesome injuries resulting in her death while unloading cargo ships at marine terminals operated by the Virginia Port Authority for their employer, stevedoring contractor Ceres.

Early on the morning of March 28, 2011, Jackson was using a forklift to move steel bins on the pier where Belamy was standing.

She was on the radio, helping guide a crane operator, and apparently didn't see the forklift coming her way.

Jackson also allegedly didn't see Belamy since the bin on the forklift obstructed his view. He would later testify that he had no idea he had run Bellamy over, until other workers on the pier waved him down to stop him.

Jackson and the other workers then tried to lift the forklift off of Belamy, whose leg was wrapped around the rear axle.

Belamy was still alive and communicative, but he said she was "pretty mangled," bleeding profusely and had visible broken bones in her arm. She also had burns, and her wrist and hand "were twisted around backwards," Jackson said.

Rescue workers rushed Belamy to the hospital, but she succumbed to her injuries within the hour. She was 38.

After the accident, Jackson saw a variety of medical professionals for mental health treatment. Doctors diagnosed him with post-traumatic stress disorder, anxiety and depression.

Jackson filed a comp claim for his PTSD, but a deputy commissioner found his condition wasn't compensable because Jackson had never been in danger of being harmed.

A divided Virginia Workers' Compensation Commission upheld the deputy's ruling, agreeing that a worker cannot get benefits for a purely psychological injury unless it was related to either a physical injury, or a sudden shock or fright caused by circumstances placing him at risk of harm.

The carrier for Ceres argued that while never been a case that expressly said that the risk of physical injury to a claimant is a necessary requirement for a psyche injury to be compensable, prior decisions "talk about fright or shock" which means, "they're talking about fright of being hurt."

Jackson argued a prior ruling in UPS v. Prince, where a parcel delivery driver who came upon the body of a murdered customer was entitled to benefits for his PTSD, had already settled the issue of need for proximity.

The Court of Appeals on Tuesday agreed that there was no precedent for the “risk of harm” requirement applied by the commission.

Does this open a Pandora's Box as argued by Cares?

Maybe, maybe not - that's why we have courts; because each case is predicated on unique facts which include not only how an injury occurs, but the particular risk factors underlying a potential claim.

In other words an employer takes the employee as is with no warranties, guarantees or other promises of fitness for a particular duty.

The Virginia case is Jackson v. Ceres Marine Terminals.
Posted by Unknown at 5:28 AM