Cost of Being Society 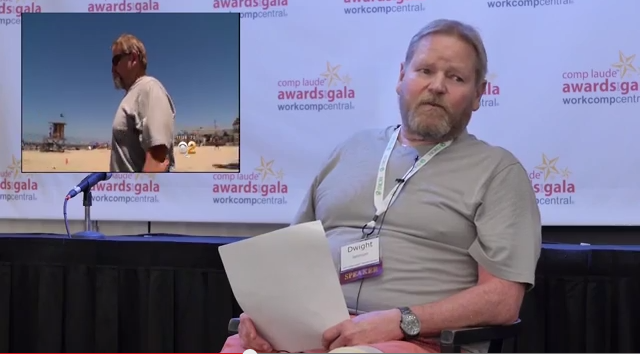 I haven't yet checked into the Workers' Compensation Research Institute's annual conference in Boston this morning, but I'm sure the attendees will have the latest scathing reports about workers' compensation published by ProPublica and the other by the federal Occupational Safety and Health Administration on their minds and in their conversations.

Though both were released yesterday (the ProPublica is the first in series), the two publications were not coordinated, according to the lead author of the ProPublica article, Michael Grabell.

Yet, they both come to the same basic conclusion - workers' compensation nearly universally throughout the United States fails in its basic stated mission too often, and consequently is pushing the cost of taking care of injured workers onto governmental benefit systems, ergo costing the general tax paying public to take up the slack - according to OSHA, a lot of slack:

"Changes in state based workers’ compensation insurance programs have made it increasingly difficult for injured workers to receive the full benefits (including adequate wage replacement payments and coverage for medical expenses) to which they are entitled. Employers now provide only a small percentage (about 20%) of the overall financial cost of workplace injuries and illnesses through workers’ compensation. This cost-shift has forced injured workers, their families and taxpayers to subsidize the vast majority of the lost income and medical care costs generated by these conditions."

Wow, that's a strong statement, and perhaps that conclusion is erroneous in the gross amount that the public is actually picking up, but nevertheless, even if that amount is half what the government says then it is too much.

The truth, in my mind, is that ProPublica and OSHA are both evidence that not only have the times changed, but that more change is necessary, on a much grander scale.

When looked at as a silo, the deep vertical we know as workers' compensation may be problematic. After all, these reports say that state legislatures have trimmed so much from work comp programs, have excluded so many types of injuries or illnesses from coverage, and have imposed so much regulatory burden, that while costs have been fairly well contained as measured by the work comp industry and the governmental bodies that regulate it, the ultimate beneficiaries - injured workers - bear an unreasonable burden.

Lives and families in the cases that fall outside the bell curve of medical only or limited indemnity claims are ruined, human dignity thrown aside, resulting in broken people, broken relationships, broken families - plights that none of us would want on our mothers, let alone ourselves.

Okay, so let's assume that workers' compensation is the bogey man. And let's assume that the industry's relentless drive to reduce the cost of taking care of injured workers is behind this shift in costs onto the general public.

Workers' compensation, as many have picked up from this blog in the past, is simply a reflection of society. It is a microcosm of what is good, bad and ugly in our overall function as a "civilized" nation.

The fact of the matter is that these two publications actually tell us that our entire system of taking care of people, regardless of social program, be it public or private, is completely deficient.

The cost of workers' compensation, after filtering through the insurance company to the employer and ultimately to the consumer in the price of the cost of goods or services, is borne by all of us - the general public.

The cost of public social services, whether it is Social Security, Medicare, state disability or government sponsored health plans, is after all is said and done, borne by all of us - the general public.

We can look at what the cost of providing goods and services is in workers' compensation, but that continues the silo view of taking care of those who can no longer do so.

The truth of the matter is that workers' compensation itself is not the problem. The truth is that our system of laws and regulations, as they have evolved over the past 100 years, and in particular the past 30 years, has contributed to the tension between "haves" and "have nots" to the point that we may be on the cusp of another social revolution.

I'm a very fortunate "have." That was very poignantly made to me when the line man, Rob, at my airport was fueling 41M the other day and I was whining about my work schedule or making some other stupid comment. Rob reminded me that he was putting fuel into MY AIRPLANE, that I had achieved a level of success that most would envy, and that I got to work my schedule.

That last point had the most impact - I was working. Not only working, but making money doing my own thing.

In other words, I'm archetypical. I'm not the average working person getting by day to day ... fueling airplanes for a living.

If Rob got hurt at work and had to miss his paycheck for an extended period of time, he'd be SOL, so to speak.

There are lots of Robs out there.

The theme of the WCRI conference this year is "Resilience or Renovation" and many of the lectures ultimately have to do with costs.

And that's fine and dandy for the silo of workers' compensation to talk about.

But eventually there are only two outcomes for a full silo: the product in the silo gets drained away, or it rots.

Perhaps its true that the cost of workers' compensation is shifted onto other public programs, and we know there are way too many people left in desperate situations as a consequence of work injuries (and other unfortunate occasions in life).

Ultimately we all pay for it one way or the other. The monocular view of workers' compensation needs to be stereoptic - we live in a three dimensional world. Work comp is only one small part of the bigger picture.

The conversation needs to change. It's not about the cost to or of workers' compensation.

It's about the cost of being a society.

Perhaps ProPublica and OSHA will foster that change.
Posted by Unknown at 3:39 AM