Texas and Oklahoma permit employers to opt out of participating in those state workers' compensation systems. A bill in Tennessee is pending on the same topic, and I suspect that this is a trend that will spread to many other states over the near future.

The reason opting out of work comp is attractive to employers is because of the freedom provided: freedom to control medical more tightly, freedom to provide more generous benefits if desired, freedom to coordinate other benefit programs, etc.

Workers' compensation otherwise, with little exception, is a compulsory insurance line with mandated procedures controlling nearly every aspect of system participation, particularly after a claim occurs.

A hundred years ago this made sense. There was a direct relationship between labor and management. The friction between the two was resolved with the simple idea of workers' compensation.

When a claim occurs the injured worker cedes his or her life's control to third parties who are tasked with providing a laundry list of "benefits" legislators determined are necessary to provide protection until the claimant can return to a self sustaining mode. 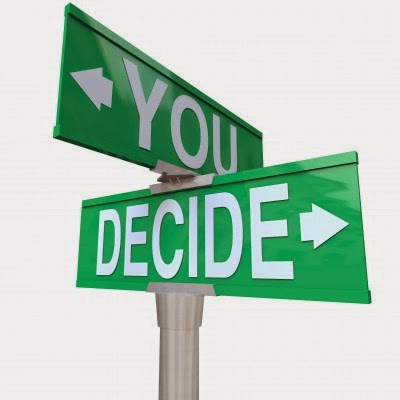 What happens too frequently, though, is that the system itself enters a sustaining mode whereby purveyors of goods and services find ways to extract profit from misery.

While many states mandate participation in other lines of insurance, such as automobile,  the difference is that no other line of insurance controls the panoply of options available after a claim occurs.

Workers' compensation claimants are mandated, for instance, to participate in a particular medical network. Or can not avail themselves of supplemental income to make ends meet. Or can not seek medical treatment that does not meet some defined standard.

Once a claim is made, the injured worker enters the vortex of workers' compensation and those with injuries that fall outside of the bell curve of expected injury outcomes in particular lose control of their lives.

I was taken by the story of Glenn and Natalie Johnson of Texas, and that state's Supreme Court's ruling Friday to recognize exclusive remedy protection for the claims payer despite what can only be described as despicable conduct by them, if the allegations of the Johnson's civil complaint are true.

Recall that Glenn Johnson sustained serious burn injuries, resulting in amputations of limbs and other devastating injuries. According to his complaint the employer's carrier and claims administrator then embarked on a series of actions to deny, delay, intimidate and discredit him and his wife to the extent that it took them two years to clear their names from a criminal investigation based on allegedly trumped evidence.

The Johnsons sued Old Republic Insurance Company and Crawford & Company in retribution on legal theories that weren't, yet, constricted by the Texas Supreme Court's 2012 ruling in Ruttiger.

On Friday that court threw out the Johnson's complaint, saying the defendants enjoyed the same exclusive remedy protection as the insured employer.

What if the Johnsons had not been the subject of workers' compensation? What if the injury had occurred in some other setting? And the Johnsons used other resources, such as general health insurance and private disability insurance, to regain some living normality?

What if the Johnsons had opted-out of work comp?

If employers can opt-out, why can't employees?

I'm sure industry pundits will find all sorts of reasons why this can't be done, but I don't see any real objection that can't be engineered around.

For instance, employees could be given an option at the outset of employment, after some probationary period, to participate in the company's work comp program or not.

The employee would have freedom to get treatment within their medical insurance plan, with the doctors of their choosing. Those doctors would need to conform to the reporting requirements of the disability plan, but likely those are not nearly as onerous as the required reporting for work comp.

And there would, of course, be provision for the protection of the employer from suit assuming the employer did not intentionally cause an injury, or act with gross negligence in same.

In his white paper, Peter Rousmaniere examines a changing workers' compensation world where the industry is essentially forced to morph into a greater integrated systems management role.

As the industry matures to account for absence management and integration of diverse, but related, state and federal employment mandates, it is not inconceivable that products and services could be tailored to permit employee opt-out; in fact, this could be a whole new insurance market...

Certainly an employee opt-out isn't something that's going to happen tomorrow. There are many unanswered questions that go beyond who pays for what: social impact, economic impact, political impact, etc.

But the times, they are a changin'. Just as employer opt-out wasn't taken seriously outside of Texas only a decade ago, permitting employees to opt out in the future shouldn't be discounted.
Posted by Unknown at 4:35 AM