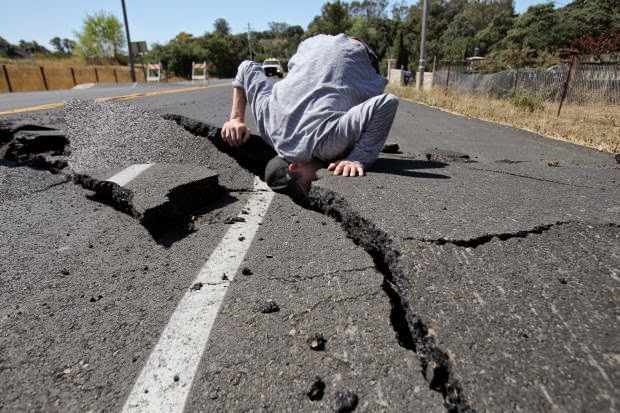 A bill just introduced into the California legislature would take huge steps towards that vision by creating a "24 hour care" model for agricultural workers.

Assembly Bill 1170, by Assemblyman Luis Alejo, D-Salinas, would create the Care of Agricultural Workers Fund, financed by assessments on agricultural businesses based on the number of workers they employ and the total amount paid for workers' compensation medical costs for agricultural workers.

A primary motivation for the bill is to give agricultural employers a way to comply with the Affordable Care Act's requirements to avoid penalties.

Under the federal ACA, which became law in 2010, employers with 50 or more full-time employees, or a combination of full- and part-time employees that the Internal Revenue Service determines to be the equivalent of 50 full-time employees, can be subject to penalties for not making affordable health care available to their workers. The penalty provisions went into effect at the start of the year.

There are 2.8 million undocumented workers in the agricultural industry in California. They are not eligible for benefits under the ACA nor can they purchase health care from Covered California, the state-run health exchange established under the act.

Manuel Cunha, Jr., president of the Nisei Farmers League, the agricultural trade association that is sponsoring the bill, told WorkCompCentral the idea would be to have coverage that is at least as comprehensive as what is offered through Covered California for workers who "may have a document problem."

He said undocumented workers can't purchase coverage from a private carrier because they'd be required to provide a Social Security number and other information that could result in the carrier providing the employer with "constructive, actual knowledge" that the worker is in the country illegally, ultimately resulting in termination of the worker.

The bill does not state how to determine whether medical care is needed on an industrial basis or for other reasons. The methodology is left to the administration by the Division of Workers' Compensation.

DWC would be responsible for making assessments on agricultural businesses based on the number of workers they employ and the total amount paid for workers' compensation medical costs for agricultural workers.

DWC would then contract with one licensed health care service plan to be the exclusive provider of medical, surgical and hospital treatment for occupational and non-occupational injuries and illnesses incurred by its agricultural workers.

The bill further provides, "The health care service plan shall provide all occupational-related medical treatment coverage required by this division without any payment by the employees of deductibles, co-payments or any share of the premium."

But AB 1170 says nothing about whether the worker would be subject to a copay or deductible for non-occupational care. So there may still be an issue of "AOE/COE."

The bill would also require agricultural employers to make coverage available to workers' dependents, but would not obligate them to pay for that coverage.

Pacific Bell (before it became Verizon) ran a similar pilot program in 1996 and 1997. According to San Francisco-based Integrated Benefits Institute, the pilot reduced average medical costs by 21% and temporary disability costs by 41%.

Cunha told WorkCompCentral the plan is to provide coverage without a copay or deductible, but that will ultimately depend on how much it costs to put together a program that meets ACA requirements. There will be no cost of treatment of occupational conditions, but if the costs of the plan exceed the industry's total workers' compensation payments, the idea of deductibles or payroll deductions "might be an item of discussion."

There are many other unanswered questions for sure (not the least of which is how to deal with indemnity issues), and the success of getting the bill through the legislature and to the governor's desk is far from certain.

AB 1170 can't be scheduled for a policy committee hearing until 30 days after it was introduced. Alejo introduced the measure Feb. 27.

"24 hour care" has been explored before. There was a version that made its way through political circles during the Schwarzenegger Administration for workers enrolled in California Public Employee Retirement System, but ultimately died.

Their conclusion in 2008: the extent of integration is a significant factor when it comes to reducing costs and improving quality of care, but that lower medical costs and lesser disability is experienced the greater the integration.

How far will this go? I don't know.

It's estimated that the agricultural industry in California is $37 billion big, so there's some lobbying muscle available.

It's quite possible that this is a quake in the overall Seismic Shift that is going to shake the industry over time.
Posted by Unknown at 4:39 AM