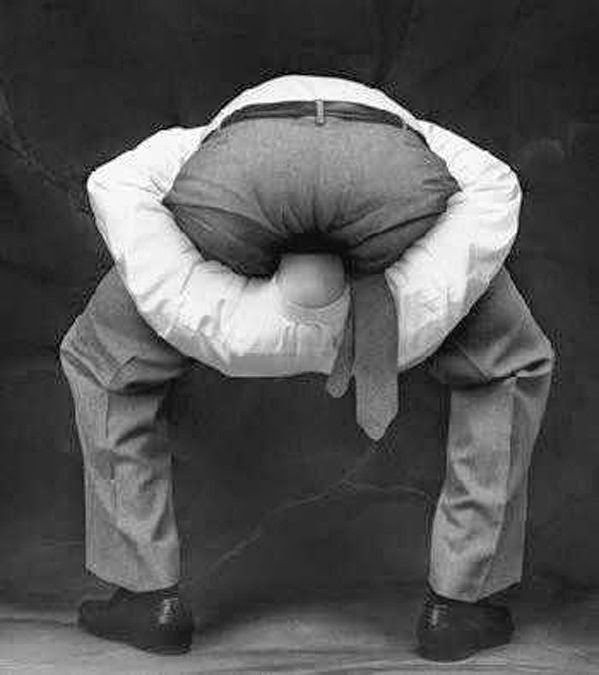 Wilson chastised the proponent's attempt to cap medical costs at $500,000, which was recently increased from the really miserly $300,000.

As Wilson states, "That means an employee with catastrophic injuries such as paralysis or Traumatic Brain Injury will be eligible for treatment up to the point where they meet the $500,000 threshold. Then their sorry asses will be rolled to the curb, waiting with the trash. Their only hope of refuge at that point will be for the Medicare/SSDI bus to roll by and pick them up."

Curiously, a big segment of the insurance industry seems to agree.

The other day the American Insurance Association has released a statement calling SB 721 “an uncommonly bad bill” because it “eliminates an entire genre of benefits.”

“Indeed, the bill’s mandated plan benefits do not provide for any permanency benefits: No permanent partial or permanent total benefits. It eliminates lifetime medical benefits, capping medical at $300,000 [at the time of the statement, since raised to $500,000], thereby jeopardizing treatment of workers with the most serious injuries,” the statement said. “Nor are there funeral benefits, nor for ancillary benefits common in workers’ compensation systems – van and home modification, custodial care, hearing aids, and artificial limbs.”

Those concerns were recently addressed by the same amendment that increased the medical cap:

The worst part, AIA says, it is the employer who determines what an occupational injury is and the appeal process is limited to whom the employer pays for arbitration - i.e. the proverbial loaded gun.

Though Green's bill was recently amended to add minimum disability indemnity rates for both permanent and temporary disability, the truth of the matter is that SB 721 plays right into recent criticisms of the evolution of workers' compensation in the general media - it distinctly and intentionally pushes an employer's responsibility onto the public sector.

For instance, permanent total disability benefits are to be paid for at least 260 weeks or whenever the employee becomes eligible for Social Security benefits, whichever is later.

An employer's failure to properly manage its safety and claims management system should not be the responsibility of taxpayers.

A Tennessee employer's opt-out insurance policy, under the present SB 721, can have limits - presumably after that money runs out then there is no insurance, and, as Wilson states, the worker is put out with the trash.

Trey Gillespie, senior workers’ compensation director for the Property Casualty Insurers Association of America, told WorkCompCentral, “They created some interesting window dressing to make the bill look better. But it doesn’t change how opt-out works. And it really doesn’t give the injured worker any additional protections.”

Part 3 of the NPR/ProPublica series critical of worker's compensation as reformed over the years has been released, with vignettes of terrible things happening to good people because of the constant attack on benefits: caps on TTD, constrictions on care, blame on pre-existing conditions, revisiting previously approved treatment.

My guess is that the industry will again attack this piece of journalism for sensationalizing the worst cases, ignoring the majority of successful cases, and vilifying carriers and administrators.

This is the backdrop against which opt-out plays.

As Wilson so aptly stated, "The push for opt out is, in my opinion, a reaction to failures and shortcomings within our own system."

Exactly. Will opt-out be passed in Tennessee? I think it will - the political power is in place to make that happeh. Will opt-out spread to even more states? Probably - those that back it, Big Business, have powerful lobbies everywhere they do business and opt-out is beneficial to the bottom line. Does anybody give a rat's ass? Not until their medical treatment has been delayed to the point where disability indemnity has run out so they can't afford to undergo such treatment.

Then they can be highlighted in a ProPublica article.

Don't you think the signs are there and that the message is loud? Work comp is being attacked with legislative options and public criticism because there are too many times when it doesn't work.

I love the good things that work comp accomplishes. Unfortunately, no one wants to face the truth: there are way too many times when it doesn't work.

"Dirty little secrets, dirty little lies
"We got our dirty little fingers in everybody's pie
"We love to cut you down to size, we love dirty laundry"

Yep - Henley's song IS about work comp.
Posted by Unknown at 4:56 AM