The Federal Aviation Administration received a command from Congress three years ago to streamline and facilitate the small aircraft certification process.

Manufacturers of airplanes and aviation equipment had long been complaining that the onerous certification process costs more in inspections and paperwork than manufacturing most parts, and that it added ridiculous overhead to airplane manufacturing.

Citing a long trend of declining aircraft sales, the aviation industry convinced the Feds that an important sector of the economy was drying up, that America was no longer competitive in the global aerospace sector and that existing FAR 23 (Federal Aviation Regulations Part 23) was a major contributor to aviation's decline.

Part 23 came into existence around 1970, a reform of the first certification regulations for general aviation aircraft promulgated just after World War II, then known as CAR 3, to handle the massive influx of new aviators.

Back then, safety in manufacturing was regulated by strictly defining exactly what everything did from an engineer's standpoint - i.e. setting forth specific, prescriptive, design criteria within the regulations. 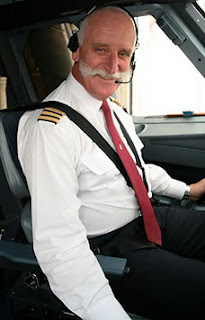 For instance, the battery in Forty One Mike must meet very detailed design requirements detailed in 8 paragraphs and two sub-paragraphs in section 23.1353. You'd think a battery is a battery and the simple requirement that it be safe would be sufficient - but the regulatory philosophy that existed when section 23.1353 was written 45 years ago was prescriptive; the engineers knew exactly what worked and safety was paramount so every single battery had to be exactly the same except for size because that would be dictated by application.

Obviously things have changed in the nearly half century since Part 23 was written.

Worse, in order to keep up with technology, exceptions, waivers, amendments, etc. have made the regulations a tangled mess of illogical and irrelevant bureaucratic quagmire.

It's taken three years, but a revised Part 23 is now out for public comment.

The design philosophy that underwrites the new regulations is performance and risk based. The old regulations were, as noted, prescriptive in nature.

Gone are specific engineering requirements, replaced by philosophical direction. Forty One Mike's battery just has to have a certain capacity to power the plane's electrical system for 30 to 60 minutes.

This leaves designers much more freedom to build airplanes and their parts more efficiently, ergo less expensively. It also means that there's considerably less federal oversight and paperwork, because the details of size, shape, weight, ignition, etc. are left to the builder, not the government.

Workers' compensation goes through hemorrhaging reform every few years or so. Each of these reforms simply builds upon the earlier design philosophy of lawmakers - a prescriptive regulatory framework with the good intent of ensuring public safety by specifying exactly what needs to be done, when, how and by whom.

Nearly everyone in work comp, and in particular our customers (i.e. injured workers and their employers) have complaints and frustrations with our complex rules. Claims departments are much more concerned with compliance than actual performance. Meet the numbers is the design philosophy of much of workers' compensation.

This makes sense - workers' compensation has been around for over a century and it is difficult to say the least to change anything, so incremental changes centered on the basic underlying, original, design philosophy is much easier than starting out with a clean sheet.

And global competitiveness is even more pressing than ever.

What if, instead of going back to the same old design philosophy of prescriptive regulation when the reform cycle comes around (which it will) the environment was changed to a performance based outcomes requirement?

What if, instead of saying that someone can only have 24 physical therapy visits, that we simply said that both the vendor and the customer would be expected to meet certain milestones at certain times in a claim life?

What if, instead of restricting temporary disability indemnity artificially to 120 days, that there was a "consensus standard" as the desired outcome based on injury?

Perhaps workers' compensation, by its nature and the fallibility of human logic, can't withstand such a massive change in philosophy.

But perhaps it already is undergoing such a massive change via the under-swelling of professionals that see a different, and hopefully better, way of managing work injury; some call this Advocacy Based Claims Management, others just call it "doing the right thing."

What if our laws were really about just doing the right thing, instead of meeting a bureaucrat's prescription?

We may never get such laws. Entrenched competing interests may be immovable.

But, as former Royal Air Force Capt. Pablo Mason famously said after being terminated from a private charter airline for allowing star soccer player Robbie Savage into the cockpit to allay fears of flying, "Rules are for the guidance of wise men and the obedience of fools."

Let's be wise. Not foolish.

Email ThisBlogThis!Share to TwitterShare to FacebookShare to Pinterest
Labels: reform