And another one goes down.


Former California state Sen. Ronald S. Calderon agreed Monday to plead guilty to mail fraud, after signing a plea agreement over the weekend in which he admitted to arranging $30,000 in payments to his son from Michael D. Drobot in exchange for legislation that would have allowed Drobot to make “substantial amounts of money” by performing spinal surgeries on worker's compensation applicants (using in many cases, as we now know, counterfeit hardware as well).

Calderon admitted that he pressured Drobot to hire his son as a paid summer intern in exchange for pushing legislation in Sacramento that would have benefited the man.

Under the terms of the deal, prosecutors agreed to request that U.S. District Judge Christina Snyder sentence Calderon to no more than 70 months behind bars — the low end of what sentencing guidelines suggest. 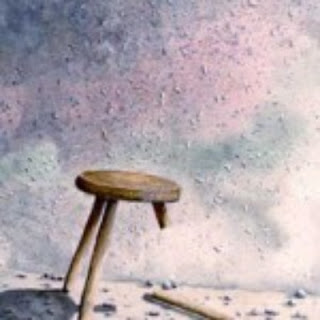 Calderon’s brother, former state Assemblyman Tom Calderon, pleaded guilty to a single count of money laundering on June 6. He admitted in the plea bargain that he and his brother hid bribe money through laundering to his company. Prosecutors have agreed to seek a prison sentence of no more than 12 months for Tom Calderon.

Regardless of what the Calderon brothers and their stories say about California politics, the tie to workers' compensation is even more unfortunate. Big money fraud is exposed once again in California comp, and we can't seem to get over it.

The cheating, on a large scale, continued, albeit in a more clandestine, but no less sinister manner, as evidenced by Drobot, Calderons, Fish, etc. etc.

It was some six or seven years ago when I was called to a meeting in Glendale, CA by a prospective purchaser of WorkCompCentral. The chief executive of the medical imaging firm that had proposed buying my company pulled me aside and said, "Look David, you know and I know that workers' compensation is dirty business...".

I was shocked and offended when I heard that and our business meeting was nearly instantly terminated.

Yes, I know that a criminal element lurks in the shadows of workers' compensation.

And I also know that the people who toil in this system are disgusted with what seems to be tolerance for the cheating of employers and their workers out of the protections and benefits of work comp.

But for too many, turning a blind eye means keeping food on the table for the family.

Or, hate to say it, just staying alive...

That workers' compensation fraud goes as deep as it does into government demonstrates that work comp is not just a political football, it is the house stacking the cards.

There are three stakeholders in work comp. Employers pay for the system. Workers benefit from the system. Government makes and enforces the rules. Anytime any one of those stakeholders abuse their positions is shameful.

But when government is abusive confidence in the system is shaken to the core.

That can't be accomplished when government is part of the problem.

While the Calderon brothers are finally going to serve some time (albeit, too little in my opinion), my fear is that they are simply a symptom of a greater evil that lurks in the shadows of comp.

Workers' compensation isn't perfect, but the people committed to the cause do care, do good work, and want to help people.

Corruption is intolerable. It is, unfortunately as indicated above, ongoing regardless of criminal indictments and guilty pleas.

Those who don't wish to play by the rules, who seek an unfair advantage, shield themselves and their operations with powerful, influential people who are able to deflect allegations and investigations.

It's unfortunate and the public perception of workers' compensation gets inexorably tarnished.

Which means you and I have to work even harder to make workers' compensation the venerable institution it is.

Don't get disheartened work comp professional. Be emboldened. Blow the whistle. Make a case. Someone, eventually, will listen and take action.
Posted by Unknown at 4:33 AM