The California Department of Insurance lowered its advisory pure premium rate again this year, and many insurance companies writing workers' compensation in the state have followed along.

Side note for the uninitiated - the DoI's rate is not mandatory nor obligatory; insurance companies in California are free to charge a base rate but most tend to follow the advisory rate to remain competitive in the market. 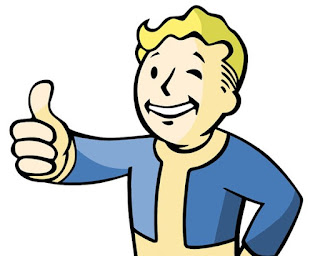 The rate is not to be confused with the actual premium charged an employer. The rate is just one factor. An employer's experience (i.e. how many claims are made over time) and the amount of payroll and job classifications account for how much an employer is actually billed.

The Workers' Compensation Insurance Rating Bureau, which gathers all of the carrier data in California for analysis and advisement on rates (among other duties) says that frequency (i.e. the number of claims) keeps going down, severity (i.e. how much is paid on each claim) keeps going down, and safety keeps improving, all of which dictate less expensive insurance for employers.

For employers, this is all good news, so long as the insurance obligations to take care of their workers injured on the job are performed (I know, there are going to be comments that the insurers aren't keeping their promises - but that's not what this post is about, so don't tap that keyboard just yet...).

The State Compensation Insurance Fund has really wicked up the pace, however, by announcing a monumental 9.5% drop in its pure premium rate.

Compare that to the average rate drop filed in California, which is about 3% for the year (give or take a few basis points).

Perhaps even more important though is the State Fund has asked the DoI to approve a new tiered rating plan, increasing the tiers from four to seven.

The purpose, says the State Fund, is to smooth out pricing fluctuations from year to year for its policyholders.

The State Fund, though it has been losing market share (albeit, not unintentionally), is still by far the largest workers' compensation carrier in California (and one of the largest in the nation) because it's core market is by far the biggest market: small business.

Small business is no different than small households - many generally live, essentially, paycheck to paycheck, month to month, season to season. In other words, cash flow is the biggest challenge for small business.

What drives small business owners nuts is not being able to adequately plan for cash outflow. Surges in expenses, particularly expenses that tend to be perceived as fixed, like insurance, cause panic and anxiety. The year over year double digit workers' compensation insurance inflation in the early 2000s is what created the havoc that resulted in SB 899 in 2004; it wasn't the fact of inflation, it was that inflation was so radical (40+% year over year)!

And the State Fund plans to revise how it assigns employers to tiers by taking into account the wages that an employer pays in comparison to average wages paid by similar employers in the same industry. An employer with a higher ratio between the average annual wages associated with the policy and the average annual wage for the industry would be assigned to a better tier.

In addition to this new rate plan, the State Fund is also planning a one year transition because some employers will in fact see rate increases - the transition plan is designed to ease those employers into the new tier, which officials believe will be more fair to more employers and will flatten the payment obligations.

I think we're seeing a new State Fund, one that is much more customer focused and innovative. Does the State Fund have issues and problems? Sure, we can find fault in nearly any business, particularly insurance companies. But State Fund has been stepping up its game.

It's not easy to stand out in work comp insurance. State Fund is showing the others how to do so.

Good job folks.
Posted by Unknown at 4:18 AM