What The Doctors [Don't] Know

I was honored to be on The Great Debate panel at the California Applicants' Attorneys Association Winter Convention in San Diego on Friday afternoon.

Presenting with me were:
Adam Dombchik, a partner in the applicant law firm, Gordon, Edelstein, Krepack, Grant, Felton & Goldstein, LLP, moderated (and input his opinion on occasion).

The Great Debate was, as you would expect, about SB 863, whether it's meeting expectations, how it has impacted employers, workers, and the industry, and observations as to its efficacy.

As one would expect with such a diverse selection of experience, opinions diverged on some issues, and interestingly, converged on more issues that I expected.

But one part of the presentation really caught my attention and points to a significant problem with California workers' compensation, and perhaps many other states: doctors don't know how to interface with the system, and the more complex the requirements on physician participation, the less likely they are to understand their roles, the expectations and the rules.

Pearlman raised this issue with an anecdote about a recent presentation he gave to a large Medical Provider Network group of physicians.

Pearlman said that there were about 150 doctors in the audience, and he asked them several questions that drew complete blank stares: what is an MPN, are you in an MPN (remember this was a presentation TO an MPN!), what is the Medical Treatment Utilization Schedule, what is ACOEM, etc.

Blank stares. None of these physicians had any clue about workers' compensation regulation of their professional activity.

No wonder Utilization Review and Independent Medical Review are such road blocks - the physicians that are supposed to be complying with various standards don't even know a) that there are standards, or b) how to comply. 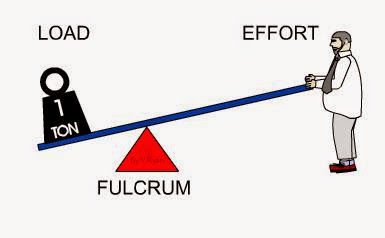 Remember that this is an anecdote and is not necessarily representative of all physicians that become involved in industrial medicine.

But it is a troubling anecdote nevertheless.

I don't think it's just a matter of education. I think it's a matter of motivation - what is the motivation to learn all this complexity if there is no financial or other incentive? The practice of medicine, in the end, is a business and that means that there are income and expense columns that get interpreted to profit.

Trimming the expense column is easier than bolstering the income column - nearly anyone that runs a business will tell you that. The amount of resources necessary to capture new revenue increases exponentially compared to retention of existing business.

Part of the expense column is education. There is the direct expense of acquiring the education, but there are also all of the indirect expenses, including intrusion into personal time.

And the more complicated a system is (as can be evidenced by the number of acronyms in any given system), the more expensive it becomes to become and stay educated, and deploy that education into practice.

This doesn't portend well for workers' compensation because part of the Grand Bargain is delivery of medical benefits: treatment and the reporting necessary for the legal/indemnity end to work.


There's a difficult balance between regulating the behavior of the professionals that make the system run in an efficient manner, and regulation to the point of stifling participation. If what Pearlman described is more that just a passing anecdote then we're on the wrong side of the fulcrum.

Steve Cattolica, Director of Government Relations for the California Society of Industrial Medicine and Surgery, provided this response to the above post - it was too long for a comment so I have included it as part of this original post:


David, while I agree with you for the most part, having heard the “Debate” panel, Barry Pearlman’s revelation absent any detail, may have led listeners to draw errant conclusions or diverted them from a clear picture of a much different and pervasive source of the problem he seemed to want to convey.

Regarding physician education and expertise; motivation to learn is important and that certainly tracks to some degree with reimbursement. However, one must keep in mind that some providers’ reimbursement comes in the form of a salary check or a contracted percentage based on production. Therefore, in what could be a surprisingly high number of instances, the profit motive lies with the network itself, with a leased sub-network or with another corporate entity, rather than the provider.

To this attendee, this segment of the “Debate” seemed to lay the blame for poor results on the ignorance of physicians. Notwithstanding your statement that it was, “not necessarily representative of all physicians that become involved in industrial medicine,” I believe it is an extreme disservice to providers to lay that ignorance or their motivation to learn about the comp system, solely at the feet of their own reimbursement.

Pearlman did not choose to tell the audience to which MPN he was speaking. I can understand at least one reason why – as I outline below, the MPN might become open to unwanted (if not deserved) scrutiny.

He also left out the background of his physician audience – were they specialists or primary care? Were they solo or small group practitioners? Were they independent contractors to a large health insurer’s medical group or employees? Did they even know that they were contracted with the MPN in the first place? All of these facts matter, when for lack of them the speaker leaves the audience to draw an over-generalized conclusion regarding the training, competency and motivation of the provider community at large.

Often employee physicians, even in specialized work comp clinic chains, have little idea how the work comp system actually functions. They are trained in their employer’s operating system and someone else takes care of the rest. In this context, the chain’s corporate decision how to “train” its physicians could be based upon the notion that rote compliance with policies and procedures equals the lowest cost (and highest margins).

More importantly, he did not mention how his audience came to be contracted to the MPN in the first place. He may not have known that information. As I queried above, did these providers even know they were providing services in a work comp network? Were these providers part of a leased network? How did they get in? Who is watching the store?

He also did not offer to explain the reason why a work comp network would contract with these providers in the first place. I suspect he did not know this information either. What was the network thinking when it presented these physicians to its workers’ compensation clients and prospects as being part of an MPN? Did the network bother to tell the client or prospect about the providers’ lack of knowledge or expertise about the comp system? Did the network even know this information itself? What kind of an informed buying decision could any carrier, TPA or employer make when the baseline expertise of the contracted providers is unknown or its disclosure may be withheld? Caveat emptor doesn’t really do justice to this situation. From this point of view, Barry’s education program appears to have been motivated by the network’s or its customer’s need for damage control rather than quality healthcare.

We have long maintained that direct contracting between providers and employers is the best and least expensive relationship available to assure the highest quality healthcare for injured workers. That’s motivation.
Posted by Unknown at 4:09 AM