Earlier this month I wrote about crossing the line - the "premises line."

The Hartford, the workers' compensation carrier for defense contractor JT3 on Edwards Airforce Base, lost an appeal before the 2nd District Court of Appeals, which concluded that the undisputed facts in Schultz v. WCAB, No. B255678, demonstrated that "the premises line rule, rather than the going and coming rule, applies" to the the case of Craig Schultz.

Schultz was severely injured on the base en route to his actual office when he had a diabetic attack and lost control of his vehicle.

1) It was undisputed that he and other employees of JT3 would perform work at multiple locations on the base.

2) The base "is a secure location," and JT3 controlled Schultz’s access to the base since it was responsible for getting him a security pass.

3) It was undisputed that Schultz's crash happened one mile inside the North Gate of the base, which meant his accident "occurred on JT3’s premises, and not while Schultz was commuting."

4) "[R]egardless of his means of travel to Building No. 1440, Schultz would have been on the secure premises of Edwards owing only to his status as a JT3 employee."

The Hartford is asking for a rehearing on the case (the WorkCompCentral story notes that the request does not indicate whether it is The Hartford, or JT3 requesting the rehearing, but there is no motivation for JT3 to do so - I'm secure in stating it's The Hartford, and if I'm wrong then please correct me).

At the California Applicants' Attorneys Association Winter Convention yesterday in San Diego, I heard story after story of issues dealing with insurance company claims departments, less about third party administrators acting on behalf of self-insured employers and even less about self-insured/self-administered employers. 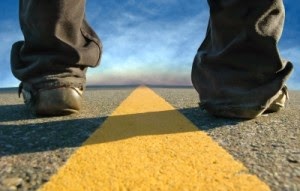 The insurance contract, supported by state law, essentially takes claim control away from the insured employer, leaving in general claim management subject solely to the financial motivation of the insurance carrier, which in turn is a factor of the carrier's primary duty to its shareholders: profit.

Someone recently opined in a response to one of my blog posts that an insurance company is in the business of managing risk for a profit. Part of managing risk is getting someone else to pay.

The Schultz case is a classic example, because Schultz' medical bills likely are sizable, let alone the disability tab. So The Hartford's continued attempts to defer or shift liability is understandable: the company and its attorneys are merely doing their job to minimize expense and maximize profit.

That doesn't make it right.

I've said before that there is an inherent conflict in workers' compensation (and in many insurance settings, but seems to be more acute in work comp) - the business realities of making money collide with the social responsibility of taking care of the claim.

There are distinct roles for each cast of characters in the work comp scheme.

Insurance companies collect money in the way of premiums. Those premiums finance the carrier's operations, and a bit of it is set aside to finance the claims that are presented. Anything left over at the end of the fiscal measuring period is returned to shareholders in the form of dividends, and sometimes to employers depending on the carrier's structure and state laws.

The employer pays the premiums, and passes that cost along to the consumer in the price of its goods or services.

The government is supposed to make sure that everyone does their job.

I know this is a gross simplification of the scheme, but when you strip away all of the wall decorations, workers' compensation really is that simple.

We can talk all day long about mistrust, about communication, about equity, fairness, return to work, etc. ad nauseum. None of that really matters.

The Hartford is doing what a big corporation is going to do in its own interests. That's understandable. It's not doing anything wrong in terms of the law, or with regard to its shareholders.

But the conflict with social responsibility probably means that Schultz, the subject of all this activity, hasn't been in a good place in life since his accident.

We need some form of social protection in place for the people that produce the goods and services we consume - it's a critical component to a modern, healthy economy.

But maybe the way we have gone about it for the past 100 years no longer is adequate. Perhaps there are too many alternatives to which liability can be deflected or deferred. Perhaps the management of work injury risk in the modern economy needs to be examined in light of all of these alternatives.

Neither the injured worker, nor the insurance company, should have to think or worry about whether or not one had crossed the premises line.
Posted by Unknown at 6:08 AM