One of the major cost drivers in workers' compensation, particularly in California, is uncertainty.

Each major reform bill in the past 20 years has introduced more and more uncertainty into the system, and before the dust settles and folks have adjusted some other solution is identified to resolve a problem that we didn't know about...

It's a vicious cycle.

One particular example is the challenge to the lien fees introduced by SB 863, and in particular the Angelotti case that calls into question the constitutionality of the lien activation fee of $100.

In short, SB 863 introduced a filing fee of $150 for new liens against cases, and an "activation" fee of $100 for liens that had already been filed in cases but had not yet been adjudicated prior to the effective date of SB863.

The plaintiffs in Angelotti v. Baker brought suit for declaratory relief in Federal District Court and about this time last year U.S. District Court Judge George H. Wu issued a stay on the enforcement of the activation fee on the grounds that it violated the parties' constitutional equal protection rights, while dismissing causes of action based on the improper takings and due process claims.

The matter was appealed to the 9th Circuit Court of Appeal and is pending a ruling. 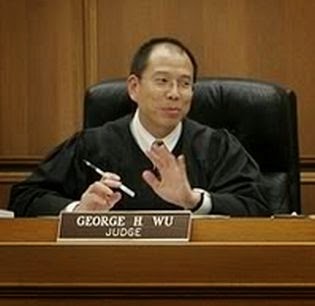 The wheels of justice of course turn slowly so that the court system can allow as much argument as interested parties wish to provide in order to allow the justices to be as fully informed and vetted on an issue as possible.

Sometimes this leads to disagreement in and of itself, as has been the case with the 9th Circuit's allowance of various new amicus parties to the Angelotti case.

The chamber's brief supports Wu's decision to dismiss the takings and due process claims.

A brief filed jointly by AIA and CWCI argues there is no evidence that the medical plans exempted from paying the activation fee are involved in the "lien mischief" the fee is intended to stamp out.

And SCIF argues in its brief that a medical provider is incentivized to "take a shot at making a profit" by filing a lien. The entities exempted from paying the activation fee are already out of pocket for any amount claimed in a lien, according to SCIF.

SCIF also asked the court for permission to participate in oral briefs.

SCIF's request has drawn the rancor of the plaintiffs, who say that request skews the balance of argument before the court.

In particular, the California Society of Industrial Medicine and Surgery was the only amicus to file a brief supporting the lien claimants, but did not request oral argument participation.

Likewise, the court will grant a motion by CSIMS if the plaintiffs will share their allotted time.

Plaintiffs and defendants will each have 20 minutes to make their case during proceedings that begin at 9 a.m. on Nov. 18 in Pasadena.

In the meantime, the system is held in abeyance, uncertain as to what the outcome will be, and how to react once a decision is rendered, assuming a court decision is definitive enough to draw a clear line.

The unfortunate part of this uncertainty is that the ones that receive the least benefit, the injured workers, are harmed the most.

Everything else just gets in the way.

Perhaps getting rid of "exclusive remedy" for everybody else in work comp other that the actual injured worker and actual employer would help. Work comp is meant to be the 'sole remedy' for the employers and their employees - not the carriers, not the providers, not vendors...

When you get down to it, the entire lien process has evolved over time into complete nonsense. It can be all very simple: "You authorize the work, I do the work, I send you a bill. If you don't pay, I will see you in court."

Likewise the inverse is true: "You do unauthorized work, you send a bill, I don't pay, see you in court."

Trust me, you do not want to be there (small claims judge or jury of your peers), in court, in front of the injured worker, hopefully with the employer standing beside them.

Because nothing irritates a business owner more than paying for something and then not getting it.

The uncertainty of recovery in a civil court would introduce certainty in the work comp system by removing opportunists who see work comp as a guaranteed payment, even if it is only ten cents on the claimed dollar...
Posted by Unknown at 4:42 AM

Email ThisBlogThis!Share to TwitterShare to FacebookShare to Pinterest
Labels: liens