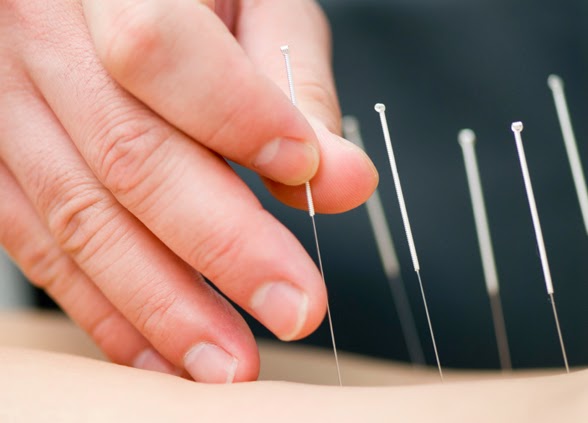 My dad was a pioneering dentist in California while I was growing up.

He was the first in the state to have any automation in his dental office, with a computer system that cost thousands of dollars more than the top of the line systems offered today, with about one-one hundredth of the computing power...

I recall when I was a young lawyer practicing work comp law and was confronted with the first of what became a short lived trend of temporomandibular joint disorder cases. I asked my dad about the "disease" because I had to depose a physician about it for the first time, and in typical Dad fashion, when I tried to get some meaningful insight into the theory of the disorder he just replied, "It's bulls*#t."

And that was it - no further explanation given by Dad. (And now those of you who know me can understand where my abbreviated sense of conclusory commentary comes from.)

He always sought to broaden the scope of his practice to make sure he could offer his patients as much service as possible.

In his pioneering spirit my dad also tried acupuncture for dental anesthesia. He spent months studying the Eastern medicine discipline, brought home all sorts of dolls with dots and lines signifying the path of chi and where needles could either stop or divert the flow to provide various different physical consequences - but primarily some sort of anesthetic effect, be it for headaches, toothaches, whatever.

After a certain level of mastery Dad's enthusiasm for a new technology usually ended up with an experimentation on the kids ... 8 year olds have a very simple mechanism for displaying honest opinion in uncomplicated mono-syllabic style.

Sure enough, when I complained of a headache at that young age Dad sought to "treat" me with acupuncture. He had, by that juncture, been studying the practice for a couple years and had received his certification (or whatever they did back then) signifying that he was an acupuncture expert.

So he showed me the model, explained to me the path of chi, and how he was going to interrupt it.

The needles went in - and I recall a small pin prick sensation - but that was about it. Dad did some maneuvering of the needles, small minor adjustments, and waited the prescribed period of time.

The details are, of course, a little fuzzy after the passage of 37 years, but I recall the outcome quite clearly - completely ineffective. I still had the headache. Failed experiment.

I think that Dad had the same experience with acupuncture in his dental practice as he gave up the technique a couple of years after that.

That was my only experience with acupuncture, so my view of the concept is jaundiced. Perhaps some have faith in its restorative capacity, but to my honest and permeable 8 year old perception, acupuncture had no validity.

New York Governor Andrew Cuomo must have had a similar experience when he was a kid as he had vetoed a bill authorizing acupuncture as a reimbursable workers' compensation treatment expense last year.

A similar bill is before the governor this year and there is debate between interested groups about whether this new bill threads the needle (pun intended) between proponent's desire for alternative medicine and business' concern about cost effectiveness.

“The reason for the veto was the Business Council (of New York State) said acupuncture was not cost effective," James Shinol, president of the New York Acupuncturist Association, told WorkCompCentral. "We’ve met with both the Business Council and the governor’s office to explain why that argument is not correct.”

“While this bill has attempted to correct some of the deficiencies in the previous bill,” the memo said, “the underlying issue, that this bill would greatly broaden the scope and breadth of services provided under the workers’ compensation system, remains the same."

The Business Council is concerned that the bill would lead to a proliferation of acupuncture clinics which would increase the cost of workers' compensation.

Acupuncturists counter that the technique is a valid compliment to physical therapy and other modalities or drugs, and that the bill limits how acupuncture is billed, how many treatments are authorized and what it can be used for.

The Workers' Compensation Board’s proposed third edition medical treatment guidelines for neck injuries, dated May 27, 2014, noted that acupuncture is commonly used as an alternative or in addition to traditional Western pharmaceuticals.

“Acupuncture is a procedure used for the relief of pain and inflammation, and there is some scientific evidence to support its use,” the proposed guidelines said.

The proposed neck injury guidelines call for a maximum of 10 sessions. Effects are said to be most likely to occur after three to six sessions. The optimal frequency is one to three times per week, and the optimal duration is one month.

“Treatment beyond 10 treatments must be documented with respect to need and ability to facilitate positive symptomatic and functional gains,” the proposed neck guidelines stated.

The proposed medical treatment guidelines for mid- and lower-back injuries, also dated May 27, 2014, recommend up to 12 acupuncture sessions, though only under certain circumstances.

New York licenses acupuncturists and requires them to have national certification, meet state educational requirements and have extensive clinical experience in general health problems, diagnosis and treatment, according to a memo that accompanies the bill, and would be prescribed by a physician.

That New York's proposed guidelines recognize acupuncture as valid treatment in certain circumstances should be compelling, at least to the extent that there is something to the practice. Like many modals of treatment, some work, some don't.

For me, acupuncture wasn't valid, but I tried it only once and it was administered by an Italian dentist. For others it might work. The point is to provide enough relief to an injured worker so that he or she can return to work, if in fact that is the motivation of that person.

Like anything else, particularly in work comp, it's not necessarily the treatment that should be questioned, but the motivations surrounding the treatment decisions. The Business Council has, in my opinion, valid concern about exploitation of the authorization of acupuncture in work comp, but on the other hand there are plenty of check points in the system to control abuse of that authority.

It all comes down to the experienced discretion of the professionals making the judgment calls on whether to authorize acupuncture for a particular claimant, or not. Like many medical techniques, there may be efficacy up to a point after which the practice should be discontinued. Those who abuse the privilege of receiving this modality will ruin it for those who receive therapeutic benefit from it.
Posted by Unknown at 4:19 AM