The top headline in the Sunday Edition of the Los Angeles Times was about ... you guessed it ... workers' compensation.

Nothing is going to be good about work comp if it is the top story on the top day in one of the largest metropolitan newspapers in the country.

In comparison, the city and county of San Francisco rate was 13%, Long Beach was 12% and San Diego was 10%.

The LA Times article cites the a dramatic rise in costs, both direct and collateral. With budget cuts the police don't replace an officer out on leave which means a district might not get patrolled, or response times may suffer.

According to the story, L.A. police and firefighters on injury leave collected $197 million in salary from 2009 through 2013 and $131 million was spent on medical care, disability payments and related expenses. 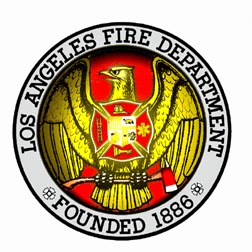 As one might suspect, a disproportionate number of claims are attributable to a small share of the workforce, and the story provides a couple of anecdotes as examples - a firefighter who has been out of work for an extended duration, on multiple occasions, with otherwise seemingly minor injuries or disabilities; or the firefighter who was caught competing in mixed martial arts while allegedly disabled.

The law was set up to encourage people to work in first responder positions by ensuring that full salary and benefits would continue if injured in the line of duty.

And as what happens with laws established with good intent, those with lower scruples and standards take advantage of it.

Efforts at prosecuting fraud don't work because it is so difficult to convict a person where so much of a claim is subjective. And most firefighters and police officers are protected by unions which adds an additional layer of complexity.

There are all sorts of explanations offered by the experts, but the best explanation got the least amount of ink: the work place culture fosters this environment - as employees see their colleagues take more and longer leaves, they do the same.

"I would say, without any ill-intent, it just becomes a practice," David Luther, interim general manager of the city's Personnel Department, told the Times. "It becomes somewhat automatic."

A sort of cyclone of attitude sucks up people that are otherwise of fine moral character; what's wrong becomes right just by sheer volume.

This is a bigger problem than me and my blog, certainly. But I've always thought that there are more "good" people in the work place than "bad" people - much more - and the way to combat certain issues is to use those good people more effectively.

So it seems to me that the police and firefighters just don't do a good job at policing themselves - that the fear and intimidation of peer pressure is on the wrong side of the curve, and that if fellow officers and firefighters were called upon to pass judgment on whether a claim passes the "sniff test" there would be much fewer questionable claims and lower costs.

I know, I'm talking a utopian system where employees are essentially jurors to their colleagues' claims, but I'm quite certain that if such a system existed there would be much tighter compliance and respect for the law and the system set up to support it.

At least with the cases highlighted by the Times, officers and firefighters could certainly (assuming no union rules to the contrary) be required to "report" to the job, then assigned to the break room or other neutral space to "recover." My guess is that being off work will lose its appeal real quick if one cannot spend time as pleased.
Posted by Unknown at 4:39 AM