North Dakota is No Different

This morning's top headline in WorkCompCentral News is about a report that concluded 75% of all of North Dakota's Independent Medical Examinations were resolved against claimants.

North Dakota is a monopolistic state meaning the state is not only the overseer of its workers' compensation system, it is also the insurance company and the claim administrator.

I find this "more alarming" because North Dakota isn't exactly a high volume workers' compensation claim state. According to the study, WSI engaged in 90 independent medical evaluations in 2013, up from 53 in 2011.

"This is not atypical in the industry," the report concludes, "but what is atypical is that no providers are retained in‐state."

The remaining 5% of IMEs not sent to one of the contract organizations went to out-of-state physicians. Though 65% of claimants lived in North Dakota at the time of examination, only about 16% of all of the exams were performed in-state. The rest requiring paid travel − mostly to Minnesota. 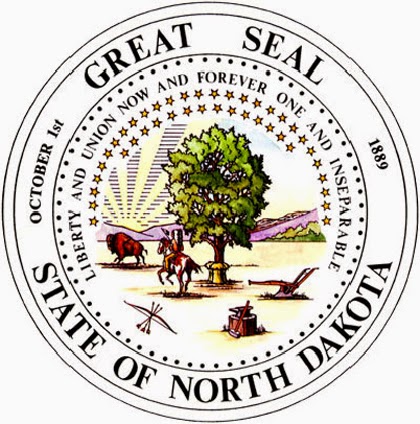 What is interesting is that claims examiners in North Dakota (remember they all work for a single entity) cite nearly identical complaints about claim processing (in this case relative to IME assignments) as claims people do in many other jurisdictions: too much paper work, too much unnecessary details, requiring too much time away from other tasks.

"[Claims staff's] impression is that that the process of setting up the IME is time consuming administratively, that it creates a large charge to the employer, and that it takes the claimant away from work ‐ often out of state because of the state’s rural base and the lack of North Dakota physicians qualified and available to perform these specialty examinations," the report noted. "They also commented that the IME process extends the time to obtain issue resolution; however, they don’t see any other way of meeting their legislated responsibility. WSI claims staff also felt that they were sending more claims through the IME process since the prior performance audit [conducted by Sedgwick in 2010], primarily because of the new legislated requirement to obtain 'objective medical evidence'."

I'm sure that these issues result in another complaint that seems more common than not: IMEs weren't getting all of the documents and information to form a truly informed, truly independent, professional opinion.

In some cases, the company found that evaluators didn’t include patient work history, chiropractic treatment or lab results in their reports.

“Absent the review of all the records, the IME’s ability to adequately report is lacking, and may indeed impact the decision made for or against the claimant,” the Sedgwick review says.

It's easy to say that the North Dakota report isn't that relevant to the rest of us - after all we're talking about a state with just over 700,000 residents.

But regardless of monopoly or open competition, the pressures are the same as in any other state: limited resources drive system performance.

And what I mean by that is legislated requirements often don't align with operational realities.

Workers' compensation is always a constrained by how much employers are willing to contribute - normally defined in monetary terms. It's a pie. Too often lawmakers, with little to no understanding of what service tool to use, create operational hurdles that leave bigger crumbs in the tin than expected.

North Dakota has the lowest employer rates in the United States by a long shot, at only $1.01 per $100 of payroll. This has some legislators and observers calling for a little more money going into the system to resolve some of these problems.

Sen. George Sinner (D-Fargo), who sits on the Workers’ Compensation Review Committee, said in the WorkCompCentral story that the state needs to try harder to improve the IME process for employees.

“I think with the money our employers are saving we can make this process better for the injured worker,” Sinner said.

The Sedgwick report has many recommendations specific to North Dakota's system. The overall sentiment is applicable to nearly all state systems though: simplify processes and make better use of available resources.
Posted by Unknown at 5:48 AM