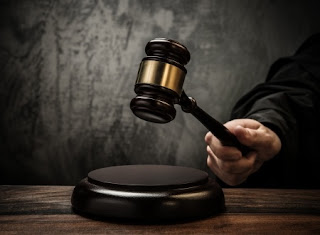 In Florida that state's Supreme Court ruled that the limitations on attorneys fees was unconstitutional, reverting the system back to a "reasonableness" standard until the legislature can come up with something better.

The attorney for Marvin Castellanos in that case had to overcome between 13 and 16 different defenses raised by the carrier for employer Next Door, Inc. in order to secure a mere $822.50 in benefits.

Under Florida's fee statute, that meant counsel was entitled to an award of $164.54 for 107 hours of work.

The month after Castellanos, the Utah Supreme Court struck down its workers' compensation attorney fee schedule as unconstitutional, leaving attorneys free to charge any "reasonable" amount for their services.

Utah's workers' compensation attorney fee schedule had similar rigidity as Florida's. The Utah court found that only it could regulate the practice of law, so the restrictions were deemed unconstitutional.

In contrast, New Hampshire doesn't have an attorney fee limitation, relying on the "reasonableness" standard.

So the New Hampshire Supreme Court ruled last week that maybe a $4,138,200.90 fee was not reasonable when the hourly rate would have been $79,369.59, but that the value of the unsettled future medical care needed to be taken into account in a "reasonableness" determination.

Thomas Phillips suffered injuries in an on-the-job accident that left him a quadriplegic.

His employer's comp carrier disputed his claim, and the New Hampshire Compensation Appeals Board determined that the carrier was not liable for benefits to Phillips because the carrier had not received timely notice of his claim.

The state Supreme Court reversed the CAB's decision and remanded the case.

On remand, the CAB ruled in favor of Phillips and awarded him total disability benefits.

Phillips then requested an award of attorney fees, and he introduced evidence of his fee agreement with his attorney. The agreement provided that the attorney was entitled to a contingency fee representing one-third of any medical, indemnity and impairment benefits that Phillips may obtain.

The carrier conceded that Phillips was entitled to a fee award, but it protested the use of the fee agreement as the basis for such an award. The carrier argued that the CAB should award a fee only for reasonable time expended, at a reasonable hourly rate, and reasonable costs incurred for proceedings before the CAB.

The CAB awarded Phillips $79,369.59 — an amount equal to the hourly rate he would have been charged as set forth in the fee agreement had he elected to be charged on an hourly basis.

The New Hampshire Supreme Court on appeal sent the matter back to CAB because it did not include the value of future medical (which isn't settled via lump sum).

"Absent a clear intent by the legislature to exclude future medical benefits from consideration in an award of reasonable counsel fees, we believe that a categorical bar excluding them from consideration cuts against the broad remedial purpose of the Workers' Compensation Law," the court said. Thus, the CAB erred when it ruled otherwise.