I was talking to a physician friend of mine yesterday.

I know - the first thing in your mind is that you didn't know I had any friends and second question is why, assuming I did have friends, a smart guy like a doctor would talk to me.

Those are beside the point - the crux of the conversation centered on his clinical observation over the past 30 plus years of practicing orthopedic medicine in both forensic (including work comp and auto) and non-forensic settings is that the forensic medical complex routinely produces worse outcomes than the non-forensic setting.

My friend has done principally defense oriented forensic work, but is also widely used as an independent medical examiner and agreed medical examiner - he was speaking from a purely interested scientist's perspective.

He relayed a couple of clinical stories - stories that I think are all too common.

The basic theme is that Patient (I'll use that instead of injured worker, because I'm trying to relay this from the physician's view), a 60 year old female worker, complains of pain, tingling and numbness in her hands.

She makes a workers' compensation claim because she BELIEVES that her work has something to do with it (and yes, there are co-morbidities and other factors).

That process takes about four years.

This is after nearly every doctor that Patient sees, whether on "her side" or for the defense, opine that there likely is SOME industrial component.

The next battle is what to do about it. That takes another four years after rounds of physical therapy, drug treatments, and ultimately surgery. 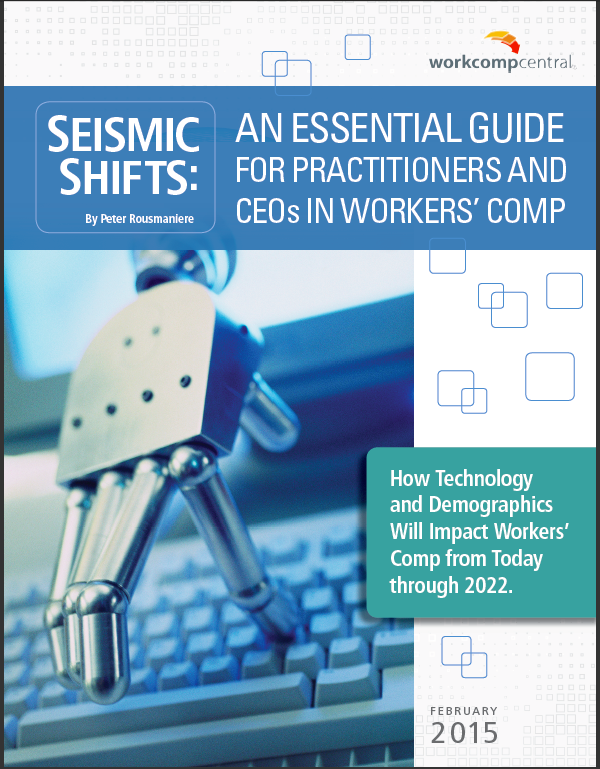 My friend sees her as an independent physician - his opinion, ultimately, is maybe or maybe not work had anything to do with her hand complaints. That point is now moot.

The real issue, says my friend, is that the process itself absolutely contributed to her current state of injury and disability - and likely such would not be the case had the claim just been accepted right at the beginning, treatment provided, some indemnity paid, and the claim closed out.

My friend is now not so sure that our system of dealing with work injury claims (or any medical issue that is claimed the result of something other than a person's own doing) is much more than just a money shuffle.

Doctors, lawyers, adjusters, other vendors - everyone attaching to Patient's discomfort, contributing to the declination in health of a person.

In other words, Patient gets blamed for her condition.

"I'm not believed," is Patient's mindset. So her symptoms get worse. Someone MUST believe her at some point!

She gets coerced, essentially, into ineffective treatment. Ineffective because she'll never return to work, will never "get better," and forever to the end will be angry at her employer, at the insurance company/claims administrator; and in the meantime a whole panoply of financial interests are "circling the wagon" looking for another opportunity to strike for personal gain.

Coerced because it's treatment that she doesn't really want. She just wants to get better. But no one believes her. So she undergoes various treatments, procedures and time off that extend disability and make it worse.

In the meantime, the carrier/adjuster is paying far more in the denial and deflection of the claim than if it had just taken care of matters immediately.

The conclusion, says my friend, is that the PROCESS of dealing with the claim of injury ultimately causes MORE injury and MORE disability.

In other words my friend's experience affirms the immortal words of Walter Kelly's famous cartoon character, Pogo, "We have met the enemy, and he is us."

And while the focus on work place safety in the past two decades has reduced claims frequency by some 35% (i.e. the number of people claiming that work hurt them), and while the work force has expanded by millions during that same time, the hard dollar costs to support the industrial accident complex has grown 65%.

In other words, even though much fewer people are claiming work injuries, the industrial injury system has expanded. This is counter-intuitive, but for the unaccounted financial self-preservation of an industry.

This can't, and won't go on. This industry is its own worst enemy, and ultimately social and legal forces will cause a tectonic change and I'm not talking about some little "reform" - I'm talking about a MASSIVE shift as employers become more savvy about the use of resources, and the law mandates ever greater protections for occupational issues (not injuries, but things like sick leave, parental leave, discrimination, job protection, etc.).

In other words, the industry itself is in the process of changing, and radically. We have opt-out spreading, frankly, like wild fire. Large employers, those with the resources to avail the option, have weighed in mightily - Oklahoma's opt-out system, as you know, is only a couple years old and it already has 35 or more employers signed up even though the obligation is to meet or beat what work comp requires.

And Tennessee is next.

And so is YOUR state.

Because employers at that end of the spectrum don't like work comp. It is wasteful, it does not deliver as promised, and does not integrate at all with any of the other absence related legal and medical systems.

At the other end of the spectrum are the small employers; collectively they represent a HUGE market. Just as Uber has radicalized urban personal transportation, or Facebook has radicalized interpersonal relationships, or any other number of disruptions where technology has enabled new efficiencies, someone, somewhere, is going to knock down the walls and provide integrated services because the shrinking work injury population is running head-on into a growing employment population.

And this affects YOU. It doesn't matter if you're an attorney, a doctor, a claims administrator, a regulator, a risk manager, or a patient.

Too bad. It's coming.

Peter Rousmaniere, a Harvard MBA and consultant to the work comp industry for over 3 decades, has written a white paper, published by WorkCompCentral, "Seismic Shifts: An Essential Guide for Practitioners and CEOs in Workers' Comp." It is a free download. Printed copies can be ordered by contacting WorkCompCentral customer service.

There is also a five part recorded educational series based on "Seismic Shifts" that I host, narrated by Peter and guest speakers, in which the case of radical change is powerfully made. The introductory video is free; the balance of the series requires "tuition." You can register here.

If you don't at least read the paper, you're doing yourself a huge disservice. But only take the recorded webinar series if you're serious about the future of work comp and absence management - this is for professionals and executives only. And I'll be frank - if you don't care about the industry and what we do, then don't bother wasting your time and money.
Posted by Unknown at 4:46 AM