Probably the single facet of SB 863 that has the greatest bragging rights is its effect on liens.

Providers who frequented the lien provisions of California workers' compensation law certainly aren't enamored with the heavy handed manner in which SB 863 beat lien filings down with filing and activation fees, and the alternative dispute resolution process called Independent Bill Review (which also has a process fee attached of $250), but proponents of the reform law certainly can boast of success.

There were 188,864 requests for IMR through August 2014, according to data in materials presented to conference attendees. 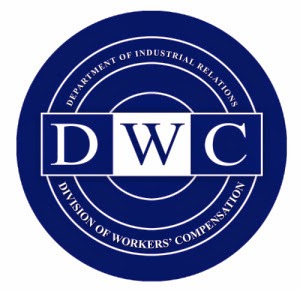 This makes sense to me because there is no fee for injured workers to seek IMR, while providers seeking more reimbursement on their bills have to go through a couple rounds of the payor's bill review within specified time frames, and if not satisfied, then must pay $250 (with some exceptions) for IBR, before paying another $150 to file a lien if a dispute remains.

But, those that do avail themselves of IBR end up much more successful increasing payments than injured workers seeking treatment decisions reversed.

Providers who use the IBR process get paid more than they were originally offered, and consequently are reimbursed the application fee for the service, the DWC statistics show.

Out of 508 decisions issued through July 2014, reviewers for IBR contractor Maximus Federal Services found providers were entitled to more money 59% of the time. That trend is holding true on the preliminary numbers through the end of 2014 too, said Katy Lind Evelyn, a registered nurse and nurse consultant at the DWC Medical Unit.

While payments to physicians accounted for the largest number of disputes, the average paid per IBR was only $418, the lowest of the five categories used by the DWC. An average of $1,953 was paid for the “multiple” category.

There were 67 disputes involving hospital outpatient departments and ambulatory surgical centers. Of these, 31 were resolved in favor of the provider, who received an average of $3,443.

The greatest amount was paid in disputes involving invoices for inpatient hospital services. Although just three of the 25 disputes were resolved in favor of the provider, the average payment was $16,195.

The biggest issue facing providers seeking reimbursement if blowing statutes of limitations - untimeliness of requests was the single most common defect observed by the DWC.

More than one-third of requests – 222 out of 642 – were not submitted within 30 days of receiving the response to the second bill review, as required by regulation, according to DWC.

102 IBR applications were rejected for being incomplete, 52 involved services not covered by a fee schedule, 41 were for dates of service not subject to IBR and 30 were for unauthorized services.

So, as with IMR, it seems that providers need further education on IBR and the bill review process in general.

The non-compliance numbers aren't alarming given the infancy of SB 863, and likely timeliness and incompleteness issues will resolve even further as people improve their work flows.

The DWC’s 22nd annual educational conference at the Los Angeles Airport Marriott concludes today. A Northern California version will take place at the Oakland Marriott City Center February 19-20.
Posted by Unknown at 4:33 AM