Rules, regulations and standards are, for the most part, established for the overall safety and welfare of the general public because even though most of us have and use common sense and etiquette, there are those very few whose narcissism is too powerful, and antisocial behavior dominating, that rules, regulations and protocol just don't matter - and it's these people that make it difficult for the rest of us.

I was reminded of this Saturday flying down to see Mom.

Aviation, as you might imagine, is highly regulated - much more so than even California workers' compensation. The various titles of Federal Regulations and the enabling U.S. Code make California's set of laws and rules look like Cliff's Notes.

And in aviation there are many more unwritten standards that pilots understand for purposes of safety and etiquette.

Many of these policies concern communication, because communication is absolutely inherent in safe flight; it is part of situational awareness: knowing what is going on around you so good decisions can be made towards a successful outcome, i.e. a safe landing somewhere.

I departed Oxnard Airport (FAA designator, KOXR) to Oceanside Municipal Airport (KOKB) at about 1700 Universal Time Code on a Terminal En-route Clearance, which is an instrument procedure that does not require the pre-filing of a plan.

I use the TEC route method often when there's inclement weather in the Southern California airspace because it is quick, convenient, and the routes are standardized. And KOXR is a towered airport so it's very easy to get a TEC.

The weather at departure was rain, overcast, and overall gloom, but the icing level was very high and there was no forecast for turbulence - in short, a wonderful day to fly IFR in actual instrument meteorological conditions.

I also knew that my destination, KOKB, was skies clear, 10 miles visibility, light winds out of the west - I would not need any of the published approaches into the airport and would be able to go "visual." 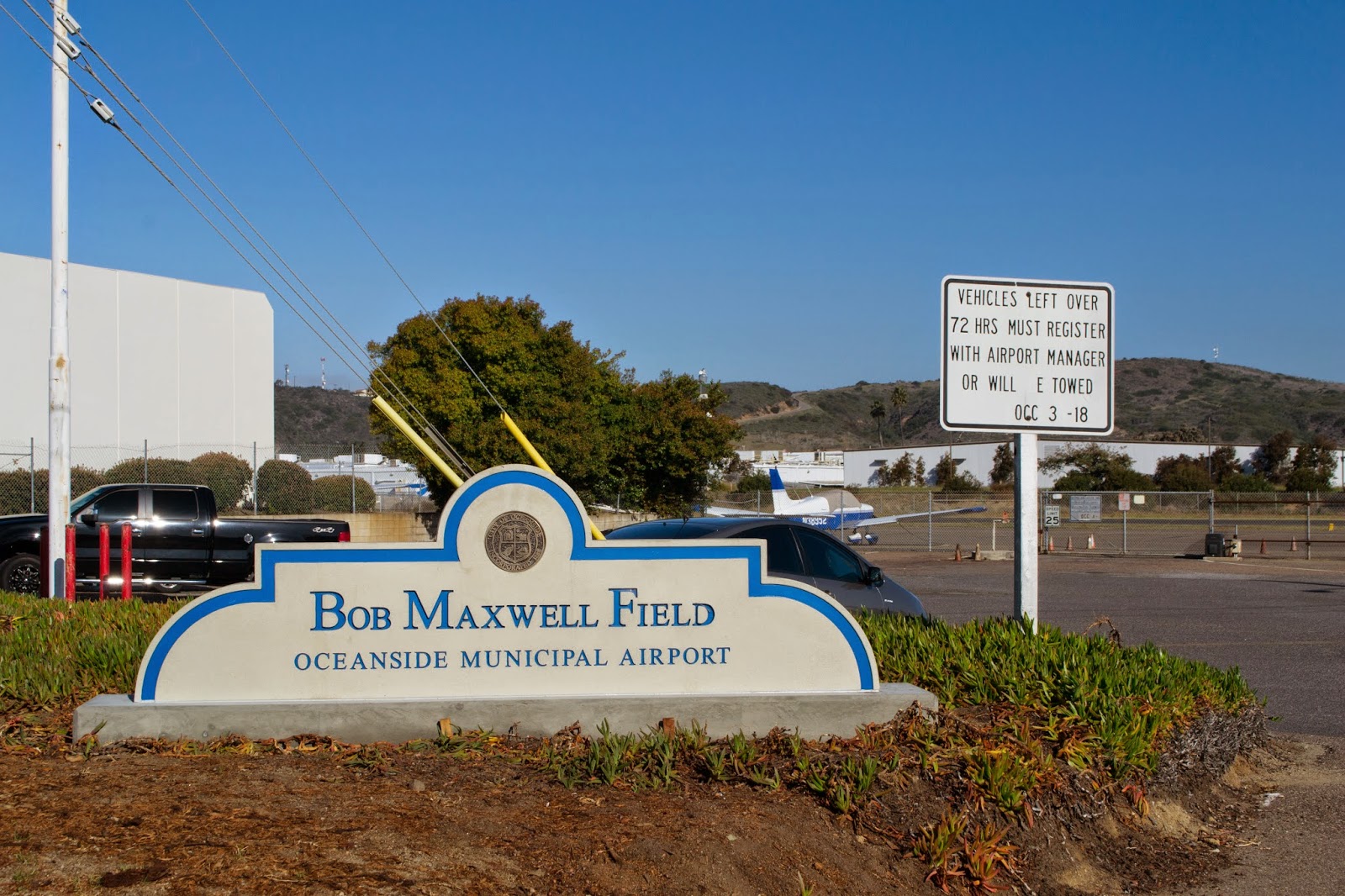 KOKB does not have a tower. At non-towered airports the pilots are responsible for positioning and spacing, and most importantly, communicating frequently aircraft positions so that everyone in the air, and on the ground, understands what's going on - i.e. spatial orientation.

So that was my plan of attack for the flight on Saturday and everything went according to that plan - except when I began my approach into KOKB at approximately 1810 UTC.

SoCal Air Traffic Control (123.7 mhz on the radio) held me at 4,000 feet Mean Sea Level (based on a barometric reading of 30.12 millibars of pressure) because of traffic - which was okay. I had the field in sight and if SoCal was picking up targets on its radar that could interfere with my safe descent into the airport, that's okay with me.

After the targets cleared I cancelled IFR and switched radio frequencies to the Oceanside Common Traffic Advisory Frequency - 123.00.

Hearing no radio chatter on the frequency, I made the call: "Oceanside traffic, Bonanza 6641 Mike is 4 miles out approaching from the east on the GPS 24 approach visual at 4,000 feet, doing a 360 for altitude, then straight in, 24, Oceanside."

I performed the maneuver as announced and reestablished my flight path along the GPS 24 approach at about 2,500 feet, and again announced my position: "Oceanside traffic, Bonanza 6641 Mike is 4 miles out approaching from the east on the GPS 24 approach visual at 2,000 feet, straight in approach 24, Oceanside."

After I lowered the nose of 41 Mike and had the runway in clear view I witnessed a Cessna 182 taxi on to the approach end of 24 positioned for take off. That was unusual, I said to myself, but he has time to take off if he doesn't dilly-dally.

I called up CTAF again, "Oceanside traffic, Bonanza 6641 Mike is 3 miles out approaching from the east on the GPS 24 approach visual at 1,500 feet, straight in 24 - Cessna on the approach end of 24, say intentions."

I again called up CTAF as I was getting uncomfortably close to a landing and that Cessna had not started its take off roll: "Cessna on 24 Oceanside - are you going to take off?"

At less than a mile out and 500 feet MSL I announced a go-around and the disgust in my radio call was obvious - noted by Ed who was operating Tsunami One, a jump plane, as he taxied towards 24, and reiterated frustration at the unsafe actions of that Cessna pilot.

As I put in full power, retracted the landing gear and flaps to initiate a climb, the Cessna began its take off roll - again without any communication whatsoever, no acknowledgment of my presence, no indication of intentions, nothing.

This is about as serious an aviation sin as one could commit, and I was furious - if that asshole was unfortunate enough to be on the ground at any point when I'm there, fisticuffs would be warranted and my confidence is that the other local pilots would assist me in the beating.

After landing, Rick, the assistant airport manager, noted the chain of events, and commented that the pilot had stopped to pick up two female passengers.

My assessment was the Cessna was a new pilot, or student showing off to impress the opposite sex: 1) no experienced licensed pilot would go ex-communicado in non-towered operations; 2) the distraction level of machismo is high; 3) a POS Cessna... (sorry Cessna pilots/owners, the Bonanza superiority complex is real).

The bottom line - that Cessna pilot was way too interested in himself to be concerned with all of the operations around him. The obvious narcissistic trait was displayed: It's HIS world; I just happened to be in it at the moment.

And that moment could have been disastrous. Those antics clearly represented a huge safety issue putting the lives of four people at risk - a risk that is easily mitigated and managed IF THE RULES ARE FOLLOWED.

This is no different than workers' compensation. We have rules. We have laws. We have standards and protocol.

Some people think they are above all of these operational necessities, completely failing to understand that the reason we have all these principals of behavior is because of them - people whose narcissism is so strong that they don't feel the rules don't apply to them.

Whether its designating employees as independent contractors, overstating the effects of an injury, paying for services to a governmental agency without bids or a contract, failing to follow safety regulations,  etc., rules exist in a civilized society for stability, safety, harmony, and, above all else, to give citizens security in existence.

Workers' compensation is a creature of statute hammered out of the hot iron of politics and from that forged regulations provide the finishing touch. Communication and dialogue is what allows that process to occur.

Rogue individuals have no place in aviation or workers' compensation.

If you were the pilot of Cessna N453WM out of KOKB on Saturday, February 7 at approximately 1810 UTC, give me a call so we can talk about non-towered airport operations and communication in aviation.

Perhaps you just need a refresher, some education ... or some humiliation.
Posted by Unknown at 4:44 AM